The 29-year-old had limped off the field during Liverpool's Premier League match against Watford on Saturday. 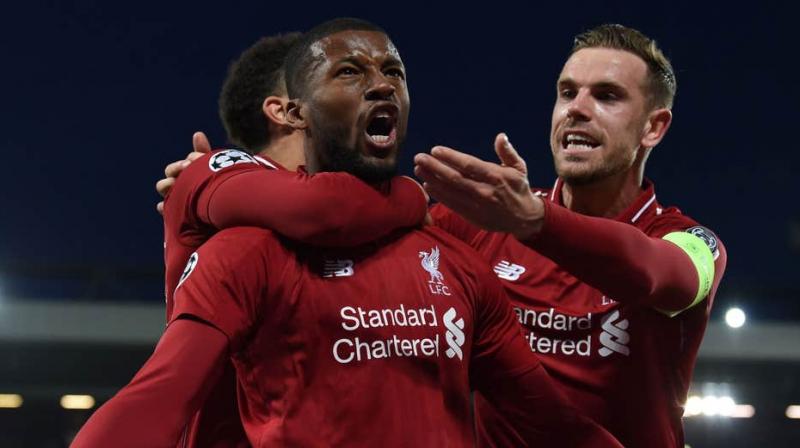 The 29-year-old had limped off the field during Liverpool's Premier League match against Watford on Saturday.

"Gini was not as serious as we thought in the first moment. So he is here doing the first recovery and then we have stuff that is necessary. So we will see day by day but for tomorrow night, he's not involved," Goal.com quoted Klopp as saying.

Klopp also gave an injury update on defender Virgil van Dijk and said that the player is fine to step on the field in the semi-final match.

Virgil had not taken part in training with the Liverpool side in Doha on Monday.

"Virgil is fine. We had to do different stuff for recovery for different people. So that was the reason why he was not involved yesterday in the session, but Virgil is fine. All the rest of the squad is fine," Klopp said.

Liverpool is currently at the top of the Premier League standings with 49 points from 16 matches.

The side will take on Monterrey in the semi-final of the Club World Cup on Wednesday, December 18 at Doha.