“I’m delighted to score the first goal in this magnificent stadium and hopefully it is the first of many,” Griezmann told Bein Sports Spain. 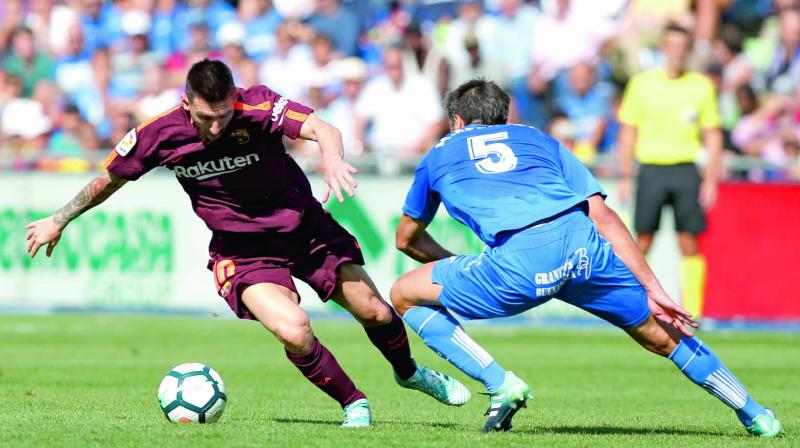 Madrid: Antoine Griezmann ensured Malaga didn’t spoil Atletico Madrid’s moving in party at their new 68,000 Wanda Metropolitano stadium with the only goal in a 1-0 win.

The French international, restored to the side after a two-game La Liga ban, swept home Angel Correa’s cross on the hour mark to move Atletico up to third in the table.

Atletico remain four points adrift of Barcelona, though, as Paulinho scored his first Barca goal in six minutes from time to continue their 100 per cent record in a 2-1 win at Getafe.

“I’m delighted to score the first goal in this magnificent stadium and hopefully it is the first of many,” Griezmann told Bein Sports Spain.

Paulinho payback
Barcelona were also made to struggle as they had to come from behind at Getafe to open up a seven-point lead over Real Madrid, who travel to Real Sociedad on Sunday. Barca defeated Getafe 2-1.

However, Barca could be without record signing Ousmane Dembele for a number of weeks after the French winger suffered a hamstring injury.

Paulinho’s 40 million-euro signing from Guangzhou Evergrande was just one of a number of much-criticised moves by the Barca board following the departure of Neymar to Paris Saint-Germain. The Brazilian international showed his worth by smashing home Lionel Messi’s through ball to score the winner.