The Railway cueist Khan was unable to get going and could not put up much of fight. 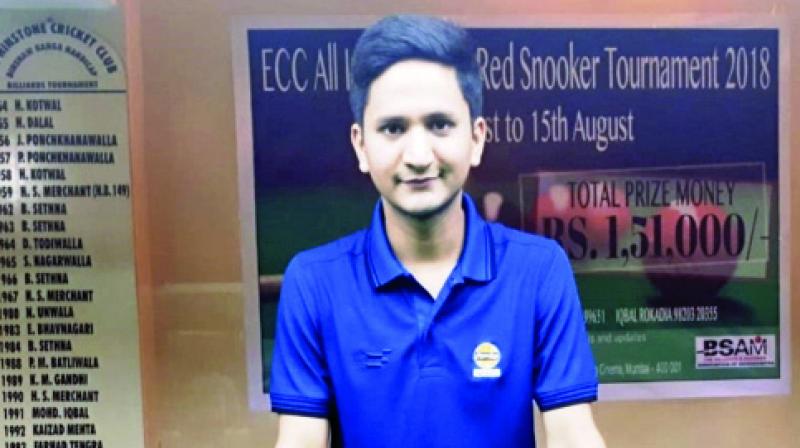 Laxman Rawat of Bombay Gymkhana claimed the top honours in the ECC All India Open 6-Red Snooker Tournament 2018. The dapper Laxman found the going easy and smoothly sailed past Mohd Hissain Khan of Railway by a convincing 6-1 margin in the final match at the Elphinstone Cricket Club billiards room. Potting freely and quite accurately Laxman was in complete control and with some clever steady play romped to victory. The Railway cueist Khan was unable to get going and could not put up much of fight.