ISIS claimed responsibility for the attack, which killed 13 people and left more than 100 injured, in Barcelona. 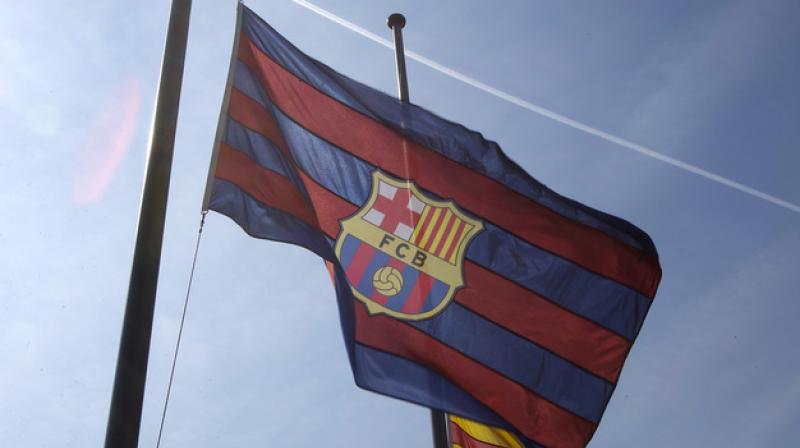 FC Barcelona players, across all levels, will don the black armbands, in their respective matches this weekend. (Photo: AP)

Barcelona: Expressing their 'utter disgust' over the terror attacks at the la Rambla Boulevard in the city, FC Barcelona said they will hold a minute’s silence at the Camp Nou, ahead of their La Liga opener on Sunday.

The la Ramblas Boulevard, where many tourists and street performers throng, often till late into the night, turned into a gruesome place as 13 people died and more than 100 were injured after a driver ploughed his car through the crowd.

ISIS has claimed responsibility for the attacks.

FC Barcelona, the iconic football club of the Catalonian city, condemned the attacks, expressing their profound sorrow at the loss of lives in the terror attack.

“FC Barcelona wants to express its profound sorrow and utter disgust at the terrorist attack that has hit the heart of our city, la Rambla de Barcelona,” the club said in an official statement.

Deeply saddened by the attack on our city. All our thoughts are with the victims, their families and with the people of Barcelona.

“The Club wishes to send our support and thoughts to the victims, their families and friends as well as the people of Barcelona and its visitors,” the statement further said.

A number of players from the Catalonian club also took to Twitter to condemn the attacks.

“Dismayed by the news about the attacks in our city. All my love (to the victims),” tweeted club captain Andres Iniesta.

Very shocked for what happened in Barcelona. All my support to the city and families! pic.twitter.com/YDtyAiw7Qc

Cristiano Ronaldo, who plays for Barcelona’s arch-rivals Real Madrid was also among the plethora of people to show their solidarity for the victims.

“Dismayed by the news arriving from Barcelona. Full support and solidarity with the family and friends of the victims,” he tweeted.

Barca also confirmed that they would fly their flags at half mast at all their training and stadium facilities, to mourn the death of the 13 victims in the city, while the players, across all levels will don a black badge in the club’s matches this weekend.

Barcelona are set to clash against Real Betis at the Camp Nou, on Sunday.