Barcelona lured Griezmann from his old club Atletico Madrid, in a 75 million Euro deal in July 2019. 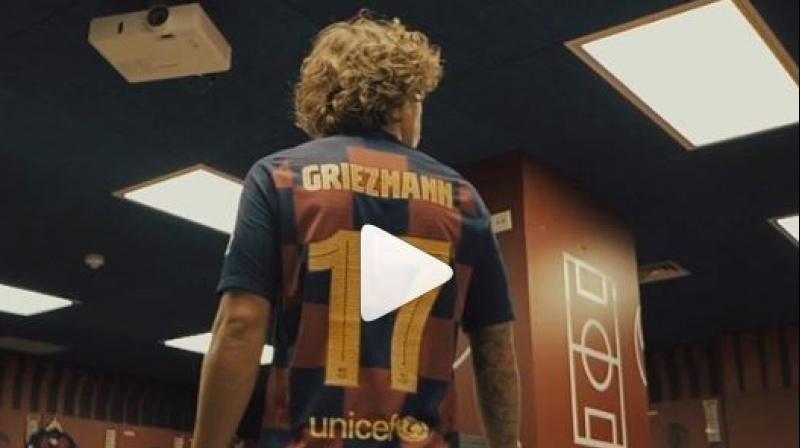 Mumbai: After the transfer formalities, French striker Antoine Greizmann visited Barcelona’s dressing room and shared a video of his visit to the Catalan club’s dressing room on his Instagram account. Barcelona lured Griezmann from his old club Atletico Madrid, in a 75 million Euro deal in July 2019. The video shows Griezmann staring at the dressing room and also sporting the 17 number Barcelona Jersey.

Check out the video:-

Previously, the French striker hailed Lionel Messi as the ‘face of football’, and compared Messi with NBA’s legendary LeBron James, who is the ‘face of basketball’.

Few days back, the former Atletico Madrid striker practiced with the Catalans during the first practise periods. Barcelona shared the videos on Twitter, and embraced his arrival by posting the video. The video had created an inner sense of enthusiasm among the loyal Barca fans.

Enjoy your time at Barcelona!