The contest against North Korea ended 0-0 on Tuesday, with FIFA president Gianni Infantino one of just a handful of spectators. 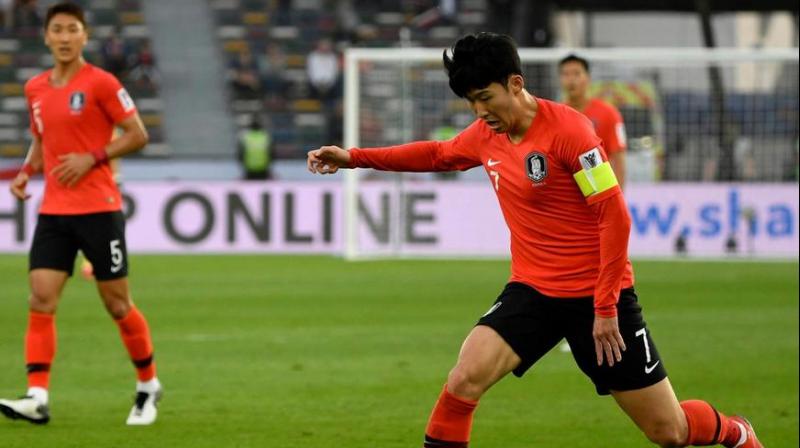 Incheon: South Korea's footballers had no idea their surreal World Cup qualifier in Pyongyang would be played in an empty stadium -- a match Tottenham Hotspur star Son Heung-min described as "very aggressive" and one official likened to warfare.

The contest against North Korea ended 0-0 on Tuesday, with FIFA president Gianni Infantino one of just a handful of spectators at a match almost completely blocked off from the outside world.

It was the first-ever competitive encounter between the men's sides hosted by the North -- a historic face-off between two countries still technically at war -- but took place with no live broadcast and no foreign media in attendance.

The debacle raises doubts over the prospects for further North-South sporting co-operation, once a driver of nuclear diplomacy.

Until the very last minute, the South's team had no idea that even North Korean spectators would be absent.

"We expected 50,000 people to come pouring in once the door opened but they didn't come," said Korea Football Association vice-president Choi Young-il as the team arrived back at Incheon airport early Thursday.

"The gates never opened. I was really surprised. The players and coach were surprised too."

Choi said he had asked a North Korean official about the absence of local fans, who retorted: "Maybe they didn't want to see it."

Tottenham's Son, who captained the South Korean team, was taken aback by the Northerners' rough tactics.

"The match was very aggressive to a degree that I think it's a huge achievement just to return safely without being injured," Son said.

"There was a lot of severe swearing."

Choi added he had never seen such aggression on the pitch before: "It was like war."

Tuesday's match came in the wake of a series of North Korean missile tests that raised tensions in the region, and after the breakdown of talks with the US over Pyongyang's weapons programmes.

Since the collapse of the Hanoi summit between North Koren leader Kim Jong Un and US President Donald Trump in February, Pyongyang has regularly excoriated Seoul, ruling out prospects of inter-Korean dialogue.

It is a far cry from the cross-border warmth of last year when South Korean President Moon Jae-in seized on the Pyeongchang Winter Olympics to broker the Pyongyang-Washington discussion process.

At the time, Moon and Kim discussed and agreed on further sports exchanges including a joint bid to host the 2032 Olympics.

But the North's official Korean Central News Agency issued only a two-line dispatch on Tuesday's match, saying: "The game of attacks and counterattacks ended in a draw." In a commentary Thursday the South's Joongang Daily said: "We may just have to thank North Korea for sending our football team back home safely.

"How can South Korea think of co-hosting the Olympics with such a treacherous counterpart?" FIFA president Infantino said he was "disappointed" after attending the event and "surprised" by the absence of fans, along with other issues.

Infantino has previously proposed the idea of the two Koreas jointly hosting the 2023 Women's World Cup.

But outraged South Korean fans, who had to settle for basic updates provided by FIFA throughout the match that were limited to yellow cards and substitutes, said they were fed up with sporting exchanges with the North.

"How can a country that blocks spectators and bans live broadcasts host the World Cup?" asked an online user.

Another user added: "Don't ever talk about joint teams with North Korea or co-hosting anything."