English newspaper the Daily Telegraph said Trippier, 28, has travelled to the Spanish capital ahead of a move worth 20 million pounds. 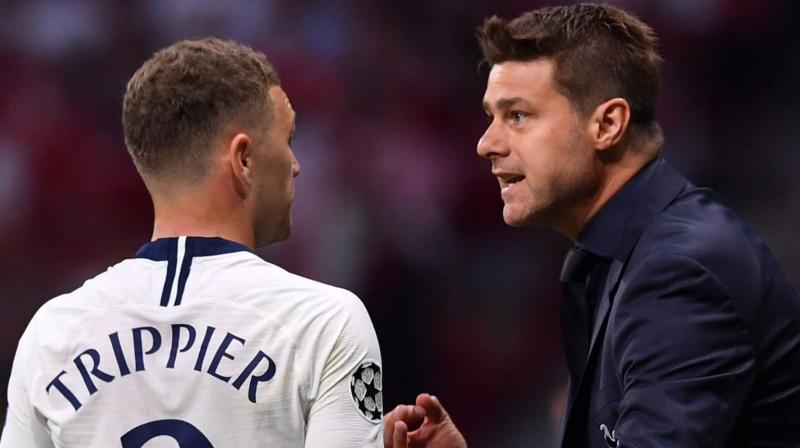 An source from Atletico told Reuters that negotiations were ongoing with Tottenham. (Photo: AFP)

Madrid: England defender Kieran Trippier is on the verge of moving from Tottenham Hotspur to Atletico Madrid, reports in the Spanish and British media said on Tuesday.

English newspaper the Daily Telegraph said Trippier, 28, has travelled to the Spanish capital ahead of a move worth 20 million pounds (24.83 million dollars).

A source from Atletico told Reuters that negotiations were ongoing with Tottenham.

Trippier helped Spurs to the Champions League final for the first time in their history last season, where they were beaten 2-0 by Liverpool in Atletico’s Wanda Metropolitano stadium.

Speaking after the final, the right-back admitted his future with Tottenham was unclear, saying: “I want to stay in England, but what can you do? I’ll see what happens and what the club wants, most importantly.”

Trippier was part of the England side that reached the last four of the 2018 World Cup, scoring from a free kick in their 2-1 semi-final defeat against Croatia.

Marca also said that Atletico are set to sign Spain defender Mario Hermoso from Espanyol as they look to bolster their back line after a spate of high-profile departures.

Striker Antoine Griezmann, Atletico’s top scorer in each of the past five seasons, has left for champions Barcelona for 120 million euros, with holding midfielder Rodri also departed after Manchester City paid his 70 million euro release clause.