Watching the finals at the Principality Stadium with hardcore football fans from Italy was overwhelming! 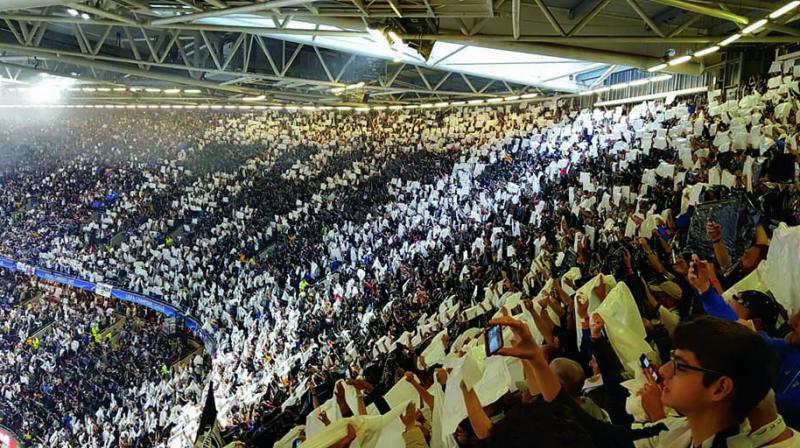 Though I travel a lot, my recent trip to the UK was very special — I had a family wedding to attend and at the same time, the ICC Champions Trophy and UCL (UEFA Champions League) were happening. So, it was sort of double whammy for us!

I usually travel with my dear friend Sriram Raghavan. It was a 12-day trip and we planned the tour in such a way that we had enough time to visit places and also watch the matches. We went to Birmingham to watch the Champions Trophy match between Australia and New Zealand. We also watched the India vs Pakistan match and it was a patriotic moment to cheer for our country.

Both of us, being die-hard football fans, were thankful that the UCL final matches were happening in Cardiff. It was a dream for us to watch the finals. Though we got the tickets at the last minute, watching the finals at the Principality Stadium with hardcore football fans from Italy is overwhelming! 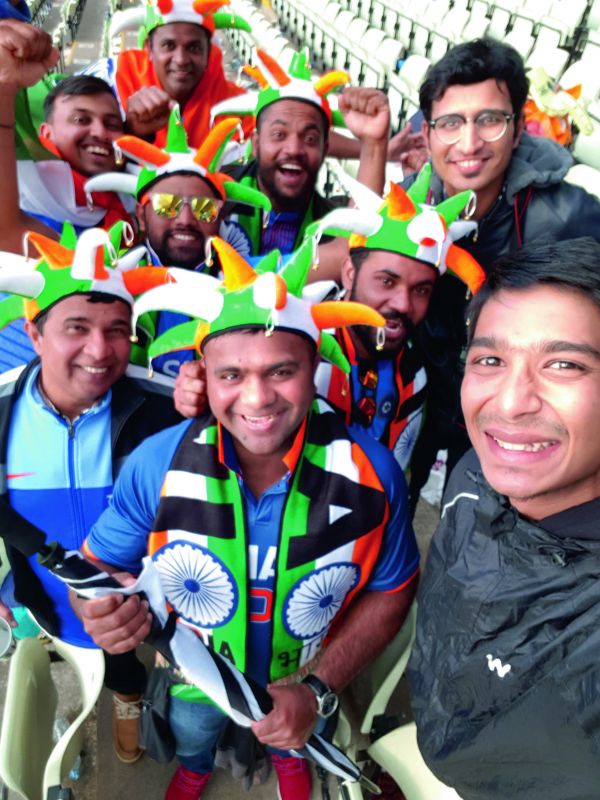 Anush and Sriram; with Indian fans at Birmingham

London is a perennial favourite with Indian travellers and this is one city that will never disappoint you in any way! I studied in London for eight months and am familiar with the places. I was more like a tourist guide for my family who came to attend the wedding.

There were a lot of exhibitions going on and we explored each of them. We went to the Camden Market, near the Hampstead Road Lock of the Regent’s Canal (popularly referred as Camden Lock). There were several stalls selling clothes, crafts, antiques, and curios. To put it simpler, it is a bigger version of our own Pondy Bazaar! And of course, you could shop till you drop with reasonable prices.

We also went on the London Eye — it is considered as one of the most famous and the world’s second largest Ferris wheels. It is located in the prime location of London and the ride gives you an unparalleled view of the city. The ride at night is so beautiful and is a must-try for tourists.

Big Ben in London is one of the most iconic landmarks and we spent an entire day there. It’s another must-see. We also visited Westminster Abbey — a Gothic abbey church and one of UK’s notable religious buildings. The Sherlock Museum situated in Baker Street is a place every ‘Holmes fan’ would cherish.

It’s always good to explore London on foot. The local transport —  trains and buses —  are really good and is one of the best in the world. The city is so tourist-friendly, and you can figure out things very easily.

Since I run a food company in Chennai, I always look out for different cuisines whenever I travel. Camden is one place that offers all kind of cuisines — Mexican, Lebanese, Thai, Chinese etc.

In UK, the pub meals are really a great thing and are very tasty. They also sell different varieties of ales.

We both love to explore places and next in our check list is Africa and a trek to the Everest Base Camp.

(As told to Merin James)