Arsenal went on to question the criteria that was considered by UEFA for selecting such a venue. 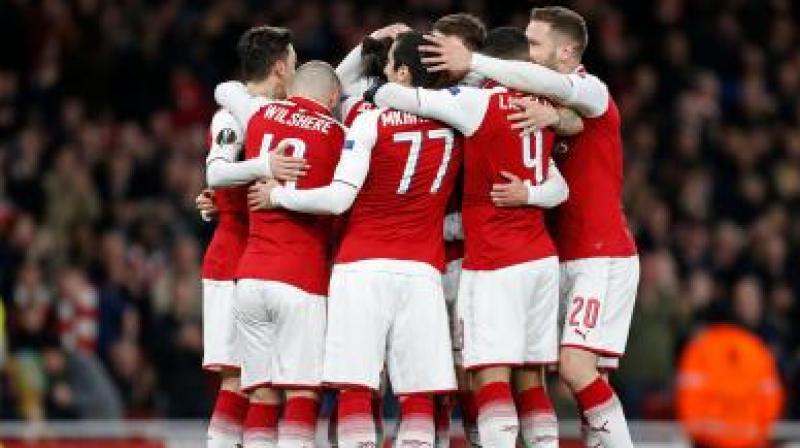 Arsenal will face Chelsea in the final on May 30. (Photo: AFP)

London: Arsenal, who will be playing in the UEFA Europa League final later this month, have expressed dismay over the ticketing debacle which has left them with just 6,000 tickets for the final.

"Everyone at Arsenal is delighted to have reached the Uefa Europa League final and we are all very much looking forward to the match against Chelsea on Wednesday, May 29.

However, we are bitterly disappointed by the fact that due to transport limitations Uefa can only make a maximum of 6,000 tickets available to Arsenal for a stadium with a capacity of well over 60,000.

Time will tell if it is even possible for 6,000 Arsenal fans to attend the match, given how extreme the travel challenges are" read a statement posted on the team's website.

Arsenal went on to question the criteria that was considered by UEFA for selecting such a venue.

"We have 45,000 season-ticket holders and for so many fans to miss out due to Uefa selecting a final venue with such limited transport provision is quite simply not right. The reality is that whoever reached the final would not be able to meet demand from their supporters," the statement read.

"We have received many complaints from our fans about this and we fully share their concerns. On behalf of our fans, we would like to understand the criteria by which venues are selected for finals, and also how supporter requirements are taken into account as part of this."

"Moving forward we would urge Uefa to ensure that supporter logistics and requirements are a key part of any future decisions for final venues as what has happened this season is unacceptable, and cannot be repeated. We would be happy to join any future discussions to avoid this situation happening again," the club's statement read.

Arsenal will face Chelsea in the final on May 30.