Ronaldo’s quest to clinch his sixth Champions League title seems to have ended abruptly after Juve bowed down to a young Ajax side. 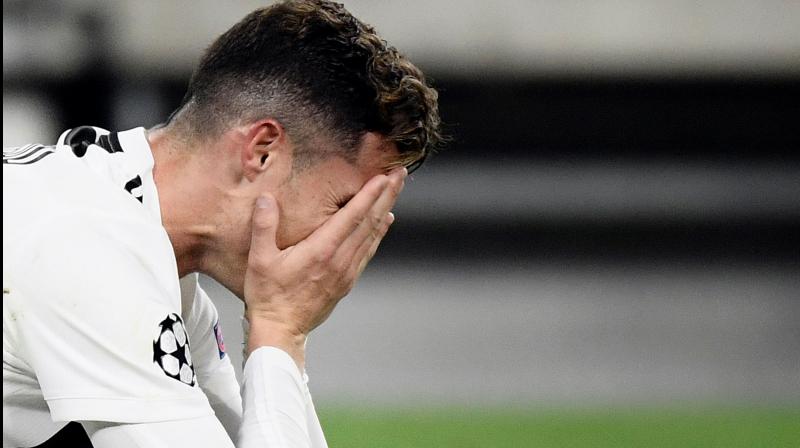 Cristiano was the lone scorer in the first leg of the quarter-final at the Johan Cruyff Arena. The Dutch side won both the leg by an aggregate of 3-2. (Photo: AFP)

Mumbai: As per an article by the SportsKeeda, Cristiano Ronaldo’s quest to clinch his sixth Champions League Trophy seems to have ended abruptly after Juventus bowed down to a sparkling and young Ajax side. During the first half Ajax netted two goals which were enough to help them progress to the semis.

However Champions League’s top scorer, Cristiano netted a lone goal which was not sufficient to help the Turin side come back from a one goal deficit from the first leg. Cristiano was the lone scorer in the first leg of the quarter-final at the Johan Cruyff Arena. The Dutch side won both the leg by an aggregate of 3-2.

During the second leg, Donny van de Beek and Matthijs de Ligt powered the young Dutch unit to the semi-finals of the competition, after they led the side to a 2-1 win.

34-year-old Ronaldo, who joined the Turin side to solidify the club's European title chances, earlier, netter a hat-trick, and changed the Turin club's two-goal deficit against Atletico Madrid with a mesmerising hat-trick in the second leg of the round of 16, failed to inspire his side to another comeback this time.

After the defeat this will be the first time Ronaldo will not be in the Champions league semi-finals after nine years.

The Portuguese reached the semi-finals of the European tournament in each of the last eight seasons with previous club Real Madrid and clinched the trophy four times.

"Ronaldo has given us a lot over the course of the campaign, but when you reach the quarter-final, you need every player." "I've always said that to win the Champions League, you need to reach a certain stage in good form and with good fitness levels.

We've been in a bit of an emergency situation for a while and that can only be sustained for so long." Juventus boss Maximiliano Allegri said after the game.

The Champions League - now with 100% less Ronaldo thanks to Ajax! pic.twitter.com/QF5eqzqRTK

United fans sang ‘Viva Ronaldo’ before the game only for them AND Ronaldo to both be eliminated at the same time.

Ajax went to Spain looking for Ronaldo, when they couldn't find him they went to Italy and kicked his butt off the Champions League. pic.twitter.com/Ycr3C8gids

“Buy Cristiano Ronaldo and get one Champions League free”