The Slovenian international, 26, is now tied to Atletico Madrid until he turns 30 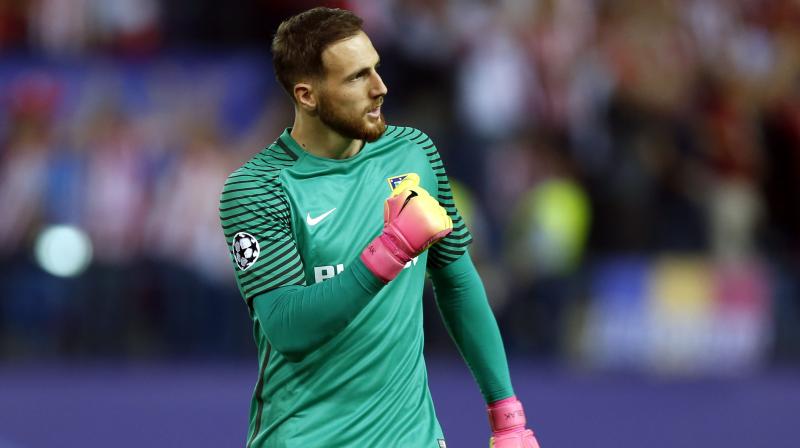 Oblak joined the club back in 2014 and since then he has recorded a hugely spectacular 115 clean sheets in just 203 games. (Photo: AP)

Leeds: Atletico Madrid goalkeeper, Jan Oblak, has signed a new four-year contract with the club, extending his contract to the summer of 2023.

The Slovenian international, 26, is now tied to Atletico Madrid until he turns 30.

Oblak has conceded just 21 goals in 32 La Liga games this season and has helped his side earn 18 league clean sheets. Oblak joined the club back in 2014 and since then he has recorded a hugely spectacular 115 clean sheets in just 203 games and also won the Spanish Super Cup, Europa League and UEFA Super Cup with the Rojiblancos.

Atletico is currently second in La Liga in the 2018-19 campaign with 65 points and is nine points short from the league leaders Barcelona, having 74 points. However, Defender Lucas Hernandez has already agreed to an €80m deal to join Bayern Munich at the end of the season. Atletico Madrid will now face Eibar on April 20.