Sports   Football  17 Mar 2020  For some, there is bright side to coronavirus outbreak too!
Sports, Football

For some, there is bright side to coronavirus outbreak too!

Tottenham, Barcelona, Belgium and France whose players got sidelined found the break useful for rehabilitation 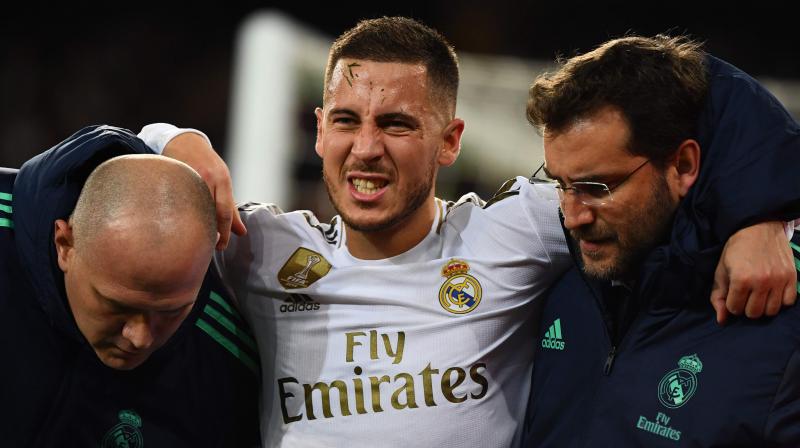 Eden Hazard underwent surgery on his lower leg and was not expected to return for Real Madrid before the end of the season. AFP Photo

Madrid: It wasn't long ago that Jose Mourinho lamented Tottenham's struggles because of a series of injuries to his squad, saying he couldn't put a team together anymore.

In Spain, Barcelona coach Quique Setien had already accepted that his team would play most of the rest of the season without Luis Suarez after the striker had to undergo knee surgery.

Belgium and France were not really counting on having injured players Eden Hazard and Ousmane Dembele in the European Championship.

It all may change because of the coronavirus outbreak, though, as the widespread suspension of competitions because of the pandemic may end up helping some clubs and nations.

Players who were sidelined and expected to be out for the season now have a chance of recovering for when games resume -- whenever that is.

Suarez underwent right knee surgery in January and was expected to be out for about four months, missing most of the Spanish league and the Champions League. With both competitions temporarily halted, the number of games he is expected to miss is significant smaller.

Dembele was ruled out for the season after a hamstring surgery that was expected to keep him sidelined for six months, ending his chances of playing for Barcelona and also for France at Euro 2020.

The same is true for Hazard, who in the beginning of the month underwent surgery on his lower leg and was expected to be done with Real Madrid for the season and out of Belgium's Euro 2020 squad.

England was another team that could catch a break for Euro 2020, considering Manchester United forward Marcus Rashford may be able to return from a back injury that was likely to affect his participation in the tournament.

Tottenham was one of the teams struggling the most with injuries. Among the players sidelined were Harry Kane and Son Heung-min, Tottenham's two leading scorers, and another attacker, Steven Bergwijn.

Other English clubs that may benefit from the break include Man United, which may see Paul Pogba fully recover from a right ankle injury, and Liverpool, who has been without goalkeeper Alisson Becker for the last three games because of a calf injury.

Manchester City defender Aymeric Laporte had also missed the last three games because of a suspected hamstring injury, having been sidelined for much of the season with knee ligament damage, and could have missed the Champions League quarterfinals had the team advanced.