Copa America postponed to 2021 because of coronavirus 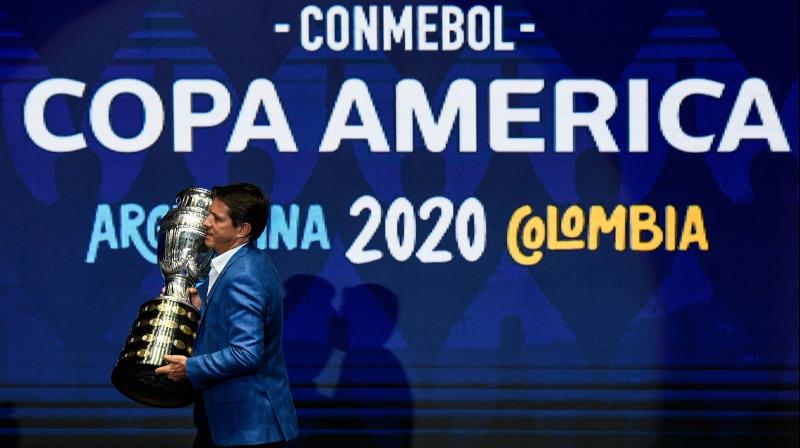 In this file picture taken on December 3, 2019 Brazilian former footballer Juninho Paulista displays the Copa America trophy on the stage during the draw of the Copa America 2020 football tournament at the Convention Centre in Cartagena, Colombia. AFP Photo

Sao Paulo: The Copa America was postponed until 2021 on Tuesday because of the coronavirus outbreak.

South American soccer body CONMEBOL said the tournament in Colombia and Argentina will be played between June 11 and July 11-- the same dates as the postponed European Championship.

"It is an extraordinary measure for an unexpected situation, and it answers the fundamental need to avoid an exponential development of the virus, which is already present in all countries that are members of the confederation," CONMEBOL President Alejandro Dominguez said in a statement.

"We also thank UEFA and its president, Aleksander Ceferin, for the joint work and the coordinated decision to also postpone Euro 2020 for the benefit of all the soccer family."

The last Copa America was played in Brazil in 2019 and won by the hosts. This year's edition was expected to open a new era with the tournament every four years, at the same time as the European Championship.

CONMEBOL had already suspended its club competitions, the Copa Libertadores and the Copa Sudamericana, because of the outbreak.