Beckham seeks to allure Messi and Ronaldo to Inter Miami

Beckham, who played for MLS side LA Galaxy later in his career, and his small staff are beginning the process of identifying players. 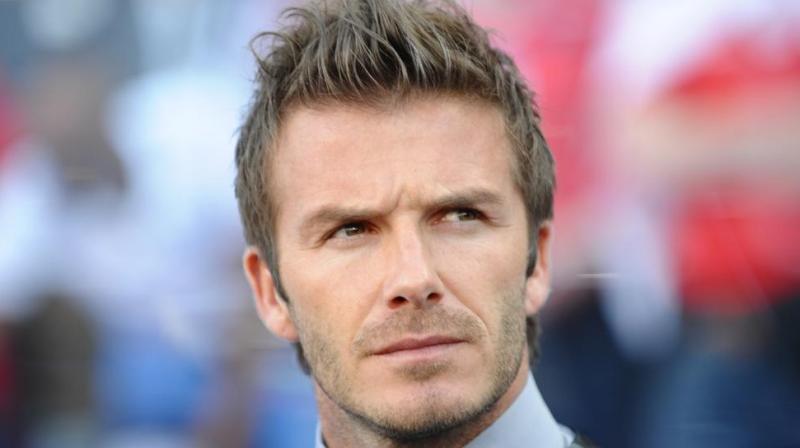 Beckham’s contacts in the game will surely help him attract talent and he also needs to find a manager and coaching staff for his club. (Photo: AFP)

Miami Florida: David Beckham has less than a year before his new Major League Soccer team, Inter Miami, takes the field and is finally turning his focus to bringing in players with Lionel Messi and Cristiano Ronaldo on his mind.

When Beckham announced he would create an MLS franchise in Miami, five years ago, there was speculation that he would look to entice some of the biggest names in the game with talk of Messi or Ronaldo possibly ending their careers in Florida.

But, although Juventus forward Ronaldo is 34 and Barcelona’s Messi will be 32 in June, former Manchester United and Real Madrid midfielder Beckham knows it will be tough to get them to move - even if he has not given up on the prospect.

“Everyone has their wish list - everyone does! But if you look at the way Leo and Cristiano are still playing, even at what you might think is the later stage of their careers, I don’t see it ending for them,” he told a small group of reporters.

“They’re playing at such a high level that it’s hard to see them leaving the clubs they are at. But we will see. You never know what can happen in football.”

Beckham, who played for MLS side LA Galaxy later in his career, and his small staff are beginning the process of identifying players and seeking to bring them in for the 2020 season.

“As an organisation, as a club, we are starting to look at players, and possibilities, at what is possible. We’ve got a great team here and we’ll start piecing the things together. But we have to do that quick because it’s only a year away,” he said.

Beckham’s contacts in the game will surely help him attract talent and he also needs to find a manager and coaching staff for his club.

Among those the 43-year-old former England captain has turned to for advice about his new role as an owner is former Manchester United chief executive David Gill.

“I’ve been speaking to people over that time. People like David Gill, who is someone who has a huge amount of experience at Manchester United, asking him about the job he did there,” he said.

“But there are also other clubs and football people I’ve been around over my career and been able to have and gain experience from. I also have some great partners here in Miami, who understand the U.S market and the MLS.

“It’s a different world from the European leagues but it’s catching up really quickly and the excitement is there.”

As well as getting his club off the ground, including negotiating a deal for a training complex and stadium in Fort Lauderdale, Beckham has also joined his fellow ‘Class of 92’ United alumni including Ryan Giggs and Gary Neville, in taking a ten percent ownership stake in National League (fifth tier) English club Salford City.

The former midfielder says it is possible that the two clubs will co-operate, with academy and player development two areas that could see joint work.

“Who knows? With Salford the hard work has been done over the last few years, with bringing the club up to the level they’ve got to now. The lads have done such a great job and for myself to be part of that now is great,” he said.

“There could be a crossover. The academy system is such an important part of it. Everybody in Europe knows how important that system is.

“To have an academy system that utilises the talent that runs through Miami is such important part, not just of our organisation but the entire MLS and the future of the sport in general.”