The story of the midfielder, who returns to Maharashtra for the first time in his professional career, is one of perseverance. 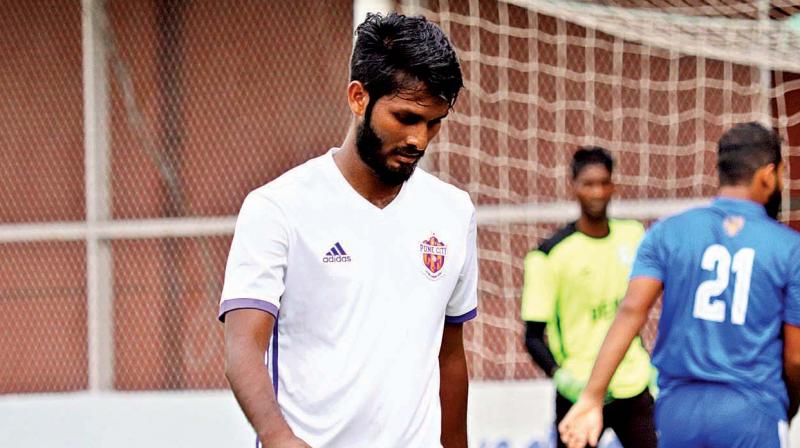 As a kid, Alwyn George was apprehensive about leaving his hometown, Nagpur to join Tata Football Academy. It was 2008 then. He had just completed his 10th grade and the selection in the Jamshedpur-based institution came as a surprise to the young Alwyn.

Like any teenager, the attacking-midfielder was not sure then. Also, as his father passed away early, he had decisions to make. Eventually, he went to TFA where he was the only player from Maharashtra. “Starting mei toh bohot akela thha,” (I was lonely in the beginning), says the midfielder, who had never been away from home.

His mother, who is a homemaker, was encouraging. “She was always supportive,” he says. This backing allowed him to make a move and get out of his cocoon. Alwyn joined the four-year-long course at TFA. By the end of it, he was a confident and composed lad who no longer felt homesick.

Alwyn then joined Indian Arrows (called Pailan Arrows earlier). The Delhi-based club was another culture change but this was a different experience for him. Four years in Jamshedpur had honed not only his footballing skills, but also his persona.

“It was my first club and I was nervous but happy. The foreign coach over there taught me new techniques. I learned a lot,” he recalls.

In his time, Alwyn was loaned out to Delhi Dynamos in 2016 for a month where he played just three games. Even at Bengaluru, the story was similar.

Returning to Maharashtra for the first time in his career, he insists that this will be the time to shine. “I want to perform for the club because only that will take me to the Indian squad,” he says.

The 26-year-old midfielder has donned the blue colour for India but not regularly. He feels deeply about it; “I was frustrated to not get a place in the Indian team. But I have realised that it is a long process. I need to fix my place in Pune’s squad and then think about it,” he says.

“I have been with the national setup a while back and my aim is to break through this time around for the Asian Cup,” Alwyn says. But the focus remains on the opportunity at hand. “For me, playing competitive football is always the priority. Getting to play for India in any form, that’s the ultimate goal of playing good football at the club level,” explains Alwyn.