UEFA reveals nominees for 'Player of the Year Awards' 2018-19

The awards will be presented at the 2019-20 UEFA Champions League group stage draw ceremony. 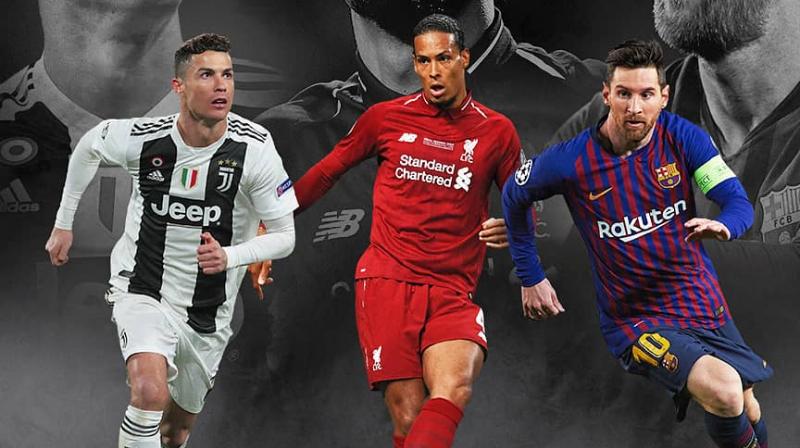 Nyon: Union of European Football Associations (UEFA) on Thursday announced the names of the nominees shortlisted for the 2018-19 UEFA men and women 'Player of the Year Awards'.

For the men's award, the shortlisting was done by a jury consisting of 80 coaches of the clubs which participated in the group stages of the 2018-19 UEFA Champions League and UEFA Europa League, together with 55 journalists from each of UEFA's 55 member associations, selected by the European Sports Media (ESM) group.

The three players who received the most points overall following the conclusion of the voting, in alphabetical order, are:

For the women's award, three players were selected by a jury of the coaches of 12 highest-ranked teams in the latest UEFA women's national team rankings, which also comprised the nine European teams which took part in the recent FIFA Women's World Cup, together with the coaches of the eight clubs which participated in the quarter-finals of the 2018-19 UEFA Women's Champions League. Twenty journalists specialising in women's football and selected by the ESM group are also part of the jury.

The three players who received the most points overall from this voting procedure, in alphabetical order, are:

The awards will be presented at the 2019-20 UEFA Champions League group stage draw ceremony, which will take place in Monaco on August 29.