Arsenal criticises choice of Baku for the Europa League final 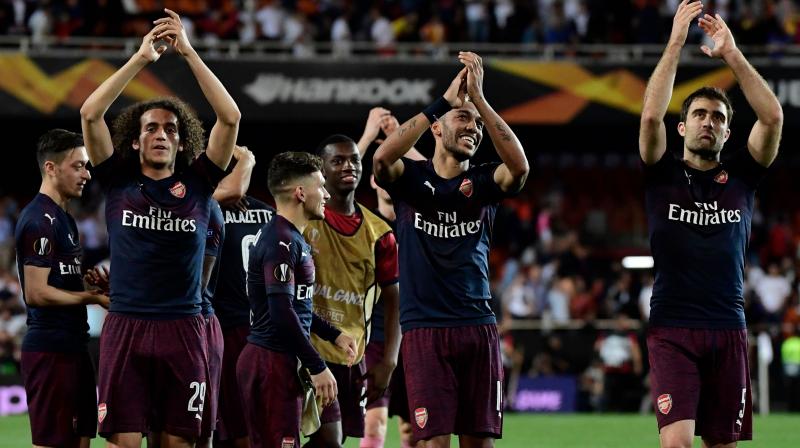 Arsenal says even those tickets may not sell out because of the difficulty of getting to Azerbaijan.

"Time will tell if it is even possible for 6,000 Arsenal fans to attend the match, given how extreme the travel challenges are," the club said on Thursday. "We have 45,000 season ticket holders and for so many fans to miss out due to UEFA selecting a final venue with such limited transport provision is quite simply not right."

There are relatively few flights to Baku from Western Europe, though more are being operated for the final, and prices are far above usual levels.

"We have received many complaints from our fans about this and we fully share their concerns," the club said.

"On behalf of our fans, we would like to understand the criteria by which venues are selected for finals, and also how supporter requirements are taken into account as part of this. Moving forward we would urge UEFA to ensure that supporter logistics and requirements are a key part of any future decisions for final venues as what has happened this season is unacceptable, and cannot be repeated."

"This is Europe and any city has a chance to host such kind of an event," he said.

"That's really good that the people can travel, to know each other better. I believe that next time when we will host such an event, never such a question will appear, because I believe that everybody getting acquainted with our beautiful city, with our hospitality, will be happy to be back again."

This is Arsenal's first European final in 13 years, and the London club seeks to win its first continental trophy since the 1994 Cup Winners' Cup.

Baku also bid to host this season's Champions League final but missed out to Madrid.
Arsenal has previously raised concerns about its Armenian midfielder Henrikh

Mkhitaryan's ability to enter Azerbaijan for the game, given long-running political tension between Armenia and Azerbaijan.

Rahimov said on Monday that Mkhitaryan could play in Azerbaijan.

"We at all times put the sport as something very separate from these political issues and of course the same issue is again with Mkhitaryan," Rahimov said. "He receives all the guarantees from the government about the security, visa support, everything."

Arsenal coach Unai Emery has said: "I don't know what the problem is between the two countries but we are going to do all we can to have Mkhitaryan there. This issue is not sporting. It is not in my hands. I don't understand what the solution is."