“It’s a great honour for me to be an ambassador for the SC and hope I am able to deliver what is expected of me: Eto'o 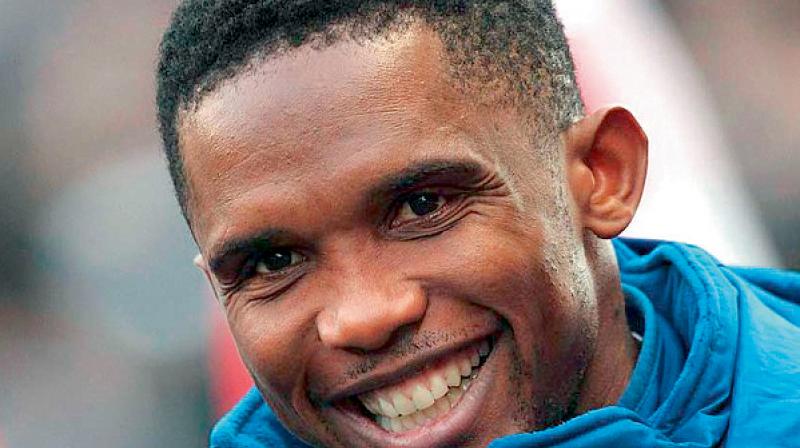 Eto'o will work closely with the SC on a various number of projects including workers’ welfare projects, legacy programmes and event experience for the 2022 World Cup.

Leeds: Samuel Eto'o, the former Barcelona player has been roped in by Qatar's Supreme Committee, as the global ambassador for the 2022 FIFA World Cup.

Eto'o has joined the Supreme Committee for Delivery and Legacy (SC) as a global ambassador, as Qatar step up their preparation for the 2022 World Cup, goal.com reported.

“It’s a great honour for me to be an ambassador for the SC and hope I am able to deliver what is expected of me. The World Cup is the biggest competition in football – there is nothing bigger – and I think that for the players who have had the chance to play in the World Cup there is nothing more beautiful," goal.com quoted Eto'o as saying.

“Football goes much farther than politics and it’s important that football travels the world because it’s everywhere – it’s an incredible social force," he added.

Eto'o will work closely with the SC on a various number of projects including workers’ welfare projects, legacy programmes and event experience for the 2022 World Cup.

The SC is assigned with delivering projects and infrastructure for the 2022 World Cup, which will be hosted by Qatar.

"Samuel is one of the most successful footballers in the history of the game, and we welcome him to join us on this unique journey. As well as his remarkable achievements on the field, what makes him stand out is the commitment he has shown to using his profile to affect positive change away from the professional game," goal.com quoted SC Secretary, General Hassan Al Thawadi as saying.

The Cameroonian international has been a part of four World Cups between 1998 and 2014. The player has appeared in 118 international matches.
He has also won three UEFA Champions League titles and one FIFA World Cup in his glorious career.