'I’ll have my last little gut feeling on who to play': Solskjaer

Alexis Sanchez and Nemanja Matic were part of United’s 22-man travelling squad as they look to overturn a 1-0 first-leg deficit. 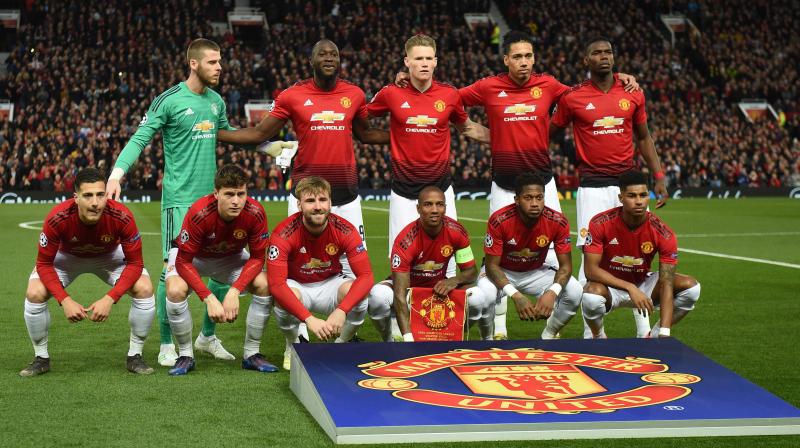 United lost the home leg against Paris St Germain in the previous round 2-0 before turning the tie around in the French capital, and Solskjaer is hopeful his players can serve up a repeat at the Nou Camp. (Photo: AFP)

Alexis Sanchez and Nemanja Matic were part of United’s 22-man travelling squad as they look to overturn a 1-0 first-leg deficit.

Chilean forward Sanchez, who scored 47 times in 141 appearances for Barca between 2011 and 2014, has not featured since picking up a knee injury against Southampton last month, while Matic is recovering from a muscle injury.

“I’ll have my last little gut feeling on who to play,” Solskjaer told the BBC.

“Because against PSG I had a team in my mind when we travelled in the morning, walk out into the stadium, see the stadium and you say ‘nah, I’ll change, I need to do this, he needs to play’ and it turned out ok.”

United lost the home leg against Paris St Germain in the previous round 2-0 before turning the tie around in the French capital, and Solskjaer is hopeful his players can serve up a repeat at the Nou Camp.

“Belief is massive in football. Everyone’s got talent, a certain ability to play, but we’ve seen ourselves against PSG that we can come back from being 2-0 down against a fantastic team,” he told reporters at the pre-match news conference.

“Historically Barcelona is the best side from the last 10 years so we know it will be a massive effort.

“If we give our all and have a little bit of concentration... Belief is one thing, concentration and effort is another thing.”

Solskjaer also demanded more from his forwards, who failed to trouble Barcelona goalkeeper Marc-Andre ter Stegen in the first leg.

“That’s the 100 million dollar question in football, who can score the goals,” the Norwegian said. “We’ve been practising finishing, but when you don’t work the keeper you can’t score.

“For us it’s about confidence, being focused and taking a deep breath and taking those chances.”

The Nou Camp has an added significance for Solskjaer after he scored a stoppage-time winner in the 1999 Champions League final against Bayern Munich at the stadium in United’s treble-winning season.

“That goal has been mentioned a few times, yes,” the 46-year-old said.

“So many people have congratulated me and talked to me about that night. They say ‘it was the best night of my life but don’t tell my wife’ — that kind of thing.”

United’s short-term target is to secure a Premier League top-four finish and qualification for the Champions League, but Solskjaer wants the club to compete for major honours next season.

He stressed it was important to have strong characters in the dressing room.

“You have to stand up for yourself against big boys because you’re going to play against top players in the world and then you can’t look round and always ask for help. We all have to step up.”