Mourinho still the man for the job: Brown

The Portuguese manager is under the pump now. 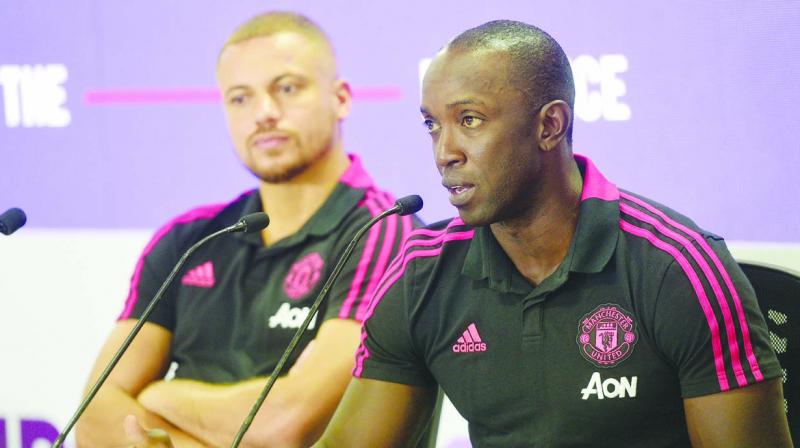 Chennai: Wes Brown and Dwight Yorke were part of an era regarded as one of the most successful periods in the history of Manchester United. Under Sir Alex Ferguson, United won every title that mattered — the Champions League, the Premier League and the FA Cup.

Since Ferguson’s departure as the manager in 2013, the year in which United won their 20th League title, it’s been a turbulent time for the EPL giants. Three managers have assumed the mantle since and none could really help the club regain their glory days yet. Under current manager, Jose Mourinho, United are placed sixth this season, 16 points behind table-toppers Liverpool.

The Portuguese manager is under the pump now. However, Yorke, who was part of United’s 1998-99 Champions League winning campaign, has thrown his weight behind Mourinho. “He is still the right person for the job. He is a winner; has been very successful as a manager. Of course, the season isn’t going United’s way. It has been difficult, but the club needs to back Mourinho,” said the 47-year-old who is in the city for a promotional event.

Media reports from London suggest a rift between Mourinho and midfielder Paul Pogba. The Frenchman’s recent absence in the playing XI has added to the speculation.

Brown, who according to Ferguson was one of the best defenders, said Pogba is a lot better than his current form. “The problem between the two has been highlighted a lot. I don’t think Sir Alex would have dealt with the situation any differently. You have ups and downs in football and that’s how it is. I’m sure he will be back to his best soon,” said Brown.

Racism still there, but not as bad as it used to be: Yorke

Recently, Manchester City’s Raheem Sterling claimed that a section of Chelsea supporters at Stamford Bridge racially abused him. When asked if Yorke had faced similar issues, the Trinidadian said: “I’ve played with black players who’ve had bananas thrown at them. Players like Cyrille Regis inspired us. It was very difficult listening to what they had to endure. Football should be a university where we unite because there are players from different cultures and background.

“The sport has made progress but sometimes we are pulled back. We have all been called names and jeered at in the past but it is disheartening to see it come back after all the things that have been done to eradicate racism from the sport. Racism is still there but it is not as bad as it used to be.”