Courtois denied that he had started the season in poor form and was only now beginning to show an improvement. 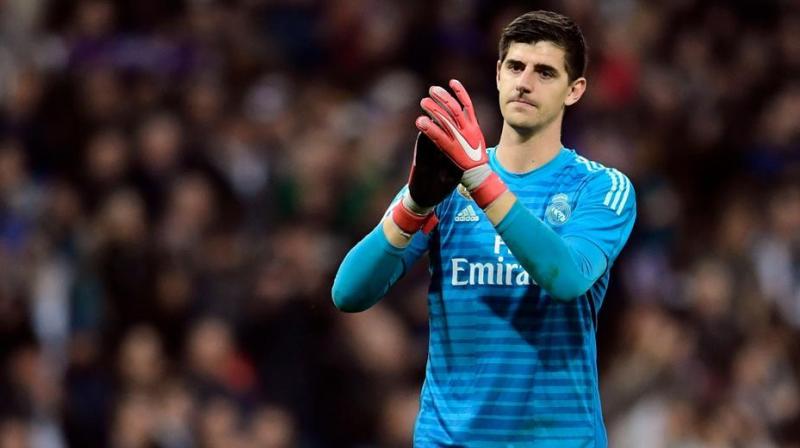 Belgium’s Thibaut Courtois says he is among the world’s leading goalkeepers despite facing criticism over his form for Real Madrid in recent months. (Photo:AFP)

Brussel: Belgium’s Thibaut Courtois says he is among the world’s leading goalkeepers despite facing criticism over his form for Real Madrid in recent months.

“I’ve shown that I belong among the best in the world. There are perhaps 10 great goalkeepers and little to choose between them,” he was quoted as saying by Belgian media ahead of Saturday’s Euro 2020 qualifier in Russia.

“With my talent and my form, I am certain that I belong among the best. That is precisely why I have been criticised.”

He denied that he had started the season in poor form and was only now beginning to show an improvement.

“I have only conceded seven goals in La Liga so there is nothing wrong with my form,” he said.

Courtois faced criticism following Real’s 3-0 defeat at Paris St Germain in the Champions League in September and then was substituted at halftime at home to Club Brugge after conceding two early goals last month.

“They were two bizarre goals and then I had to go off because I was sick,” he said, adding that the storm of criticism that followed was unfair.

“But I don’t read the papers. As a professional you only pay attention to what the coach, your team mates and those who know what it is like to be a goalkeeper say. To criticise someone for letting in a goal is very easy, but I’ve remained calm and done my work at training.

“I’ve never doubted my ability. To lose my self-confidence would be the biggest mistake I could make. You go downhill from there.

“The pressure belongs at a clubs like Real and I don’t have a problem with that. At (former clubs) Chelsea, at Atletico and now at Real, you have to achieve.”

Courtois has gone a Belgian record seven matches without conceding for his national team, who have already qualified for next year’s European Championship.

They are looking to maintain their 100 per cent record in Group I in St Petersburg on Saturday.

“I’d rather win 4-3 than play a goalless draw. Winning is the most important. But with respect to our opponents, most of the matches we’ve played recently we’ve been obliged to keep a clean sheet by keeping our concentration because we have been comfortably ahead,” he added.