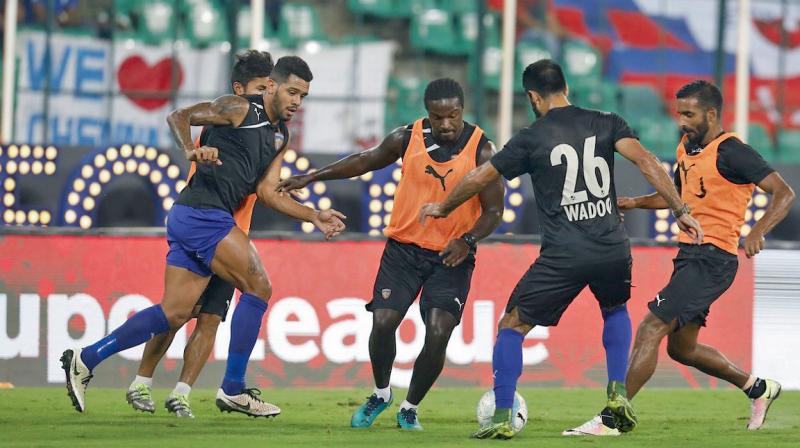 Chennai: Chennaiyin FC’s dismal performance against Kerala Blasters in the previous round and a persistent poor show overall this season has been a cause of concern for manager Marco Materazzi ahead of their make-or-break match against FC Pune City here on Tuesday.

Although Chennaiyin pulled off a Houdini last year by coming back from the dead en route to the pinnacle, they will be aware that lightning hardly strikes twice. Given the current form of Materazzi’s men, they certainly have some work to do to to reach the play-offs.

With the Italian having hinted that he may not be not be part of Chennaiyin’s campaign next season, it would only be fair if he did not leave the team “so dear to him” at the bottom of the table.

Consistency had been the go-to word for the men in blue during the previous editions and that’s what the home crowd will expect from the team which has given them so much to cheer about in the ISL.

The root cause of Chennaiyin’s travails this season is their misfiring forward line. Without Stiven Mendoza, they appear decidedly toothless. In addition, they have acquired the not-so-flattering habit of conceding result-altering goals in dying minutes.

As Chennaiyin take on Pune in the crunch match after only two days’ rest, Materazzi has the onerous task of fielding a couple of fresh pair of legs without compromising on the team’s quality. Having lost three of their last four matches against the hosts over two seasons, Pune are in the city with back-to-back wins in the bag.