Griezmann had signed a five-year contract with Atletico last summer but has revealed that he is planning to leave the club this summer. 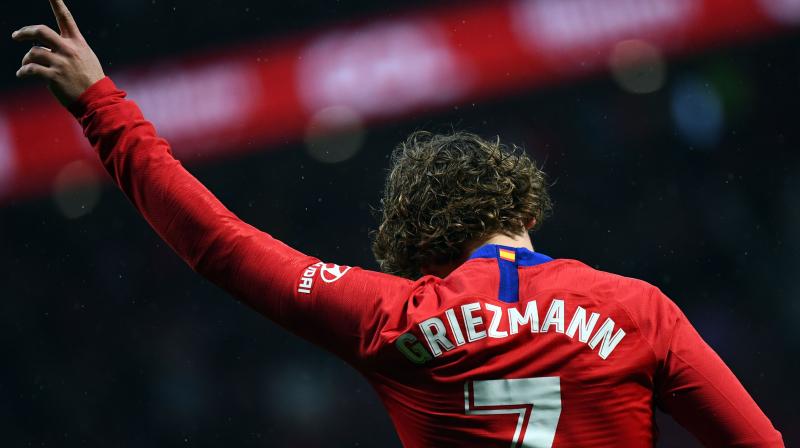 Griezmann is the top scorer for Atletico Madrid in La Liga with 15 goals this season. (Photo: AFP)

Atletico Madrid star Antoine Griezmann has confirmed that he will leave the club at the end of this season. Rumours are that the Frenchman is heading towards Barcelona in the upcoming transfer window.

Sportskeeda reported that Griezmann signed for Atletico Madrid in 2014, and since then he has been a vital player for the team. He has scored 133 times in 256 appearances for Diego Simeone’s side. Griezmann has also won the UEFA Europa League with Atletico in the 2017-18 season.

Griezmann has shown his quality with the national side as well. His four goals and two assists in 2018 World Cup saw him winning the Bronze Ball. He was the tournament’s third best player behind Luka Modric and Eden Hazard. He was also successful in acquiring the Silver Boot as he was the second-highest top scorer behind Harry Kane.

Griezmann has scored 19 goals and has provided 11 assists this season across all competitions. He is the top scorer for Atletico Madrid in La Liga with 15 goals this season. Moreover, he has also been the club’s top scorer in each of the five seasons he has spent there.

The 28-year-old had signed a five-year contract with Atletico last summer but has revealed that he is planning to leave the club this summer.

Twitter erupted on the decision and many Barcelona fans rejoiced as they are confident that he will move to  Barcelona rather than going to Real Madrid.

"Thank you for everything, I'll keep you in my heart" - Griezmannpic.twitter.com/BMZjRzqFPL

Griezmann bullying Messi out of Barcelona like he did out of the World Cup I’m hearing pic.twitter.com/HtBuC8dDNx

Haha this celebration is always be lit 🔥i can't wait to see him doing this in barça colors with messi and dembele 😁😅#Griezmann #FCBLive #Barça pic.twitter.com/RYJwGiRh9M

Griezmann has announced he’s leaving Atlético at the end of the season.

He’d look great in one of these kits 😍 pic.twitter.com/wH3DrhyR5E

Messi false nine with Griezmann and Dembele on the wings. Midfield of De Jong, Arthur and Aleña. Back four Semedo, Pique, Umtiti and Alba. Ter Stegen in goal.

Barcelona has already secured De Jong's signing and the likes of Griezmann and De Ligt lurking around. But then Manchester United is linked with all the players on earth: From Koulibaly to Icardi to Ndombele to Dybala down to Roman reigns. 😔

May this cup pass over us 🙏 pic.twitter.com/k6Zi432KEU

🗣 [@albert_roge] | The arrival of Griezmann to Barça would be great news for Dembélé. He is one of his best friends, a fan of Fortnite but, most importantly, he could help him to focus his head and be his 'big brother' so that Dembélé can exploit his enormous potential. pic.twitter.com/vmjdn5z7Fl

🔶 While Barca holds the rope to welcome the Frenchman after he announced his departure from Madrid last night, PSG have now expressed interest pic.twitter.com/2q1vYTkBX8

Thinking about the time Griezmann said De Jong is the best player he's played against makes me think that he probably decided he's going to fight to join Barça when he saw we signed De jong😂 pic.twitter.com/ucsLL5ZORU

I leave for exams one Week and I come back to Barca twitter wishing death to Valverde. And Griezmann coming.
BRUHHHH pic.twitter.com/m5gj5zXznY

REPORT: According to @le_Parisien, Atlético striker @antogriezmann is willing to take a pay cut from his $25.8M-per-year salary to join @fcbarcelona next season 💰💰💰 #Griezmann #Atletico #FCBarcelona pic.twitter.com/crpk1ayzGD

🇫🇷 @AntoGriezmann has confirmed he will leave @Atleti at the end of the season.

🗣 “It has been 5 incredible years. Thank you very much for everything.” pic.twitter.com/gpObihRTdr