Sergio Aguero to be in Argentina’s provisional squad for Copa America: Sources

Alongside Aguero, Barcelona great Lionel Messi and Paris St Germain’s Angel Di Maria will also be in the squad. 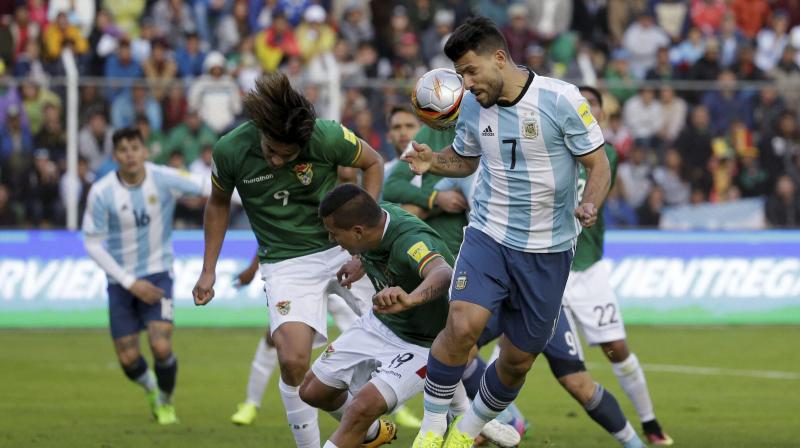 Aguero, who scored 21 Premier League goals in 33 appearances for Manchester City this season, has been in international exile since after last year’s World Cup in Russia, when Argentina crashed out in the last 16. (Photo: AP/PTI)

Aguero, who scored 21 Premier League goals in 33 appearances for Manchester City this season, has been in international exile since after last year’s World Cup in Russia, when Argentina crashed out in the last 16.

The Argentine Football Association (AFA) will announce on Wednesday a squad of up to 40 players, before submitting their final 23-man selection for the tournament two weeks later.

“Kun (Aguero) will be in the call-up,” said one source with the Argentine national team who asked not to be named.

A second source at the AFA confirmed the return of the striker, saying that his goalscoring statistics spoke for themselves. “Because of that he has been called up again,” the source said.

Aguero spearheaded Man City’s Premier League charge and was on the scoresheet on Sunday when they wrapped up a second straight title with a 4-1 victory over Brighton and Hove Albion.

Alongside Aguero, Barcelona great Lionel Messi and Paris St Germain’s Angel Di Maria will also be in the squad.

The Copa America, which will be held in Brazil between June 14 and July 7, will feature the 10 South American teams, as well as Qatar and Japan as guests.

Argentina, who have been coached by Lionel Scaloni since the departure of Jorge Sampaoli last year, will play in Group B alongside Colombia, Paraguay and Qatar.