Klopp has given his team a few days off to recover from a gruelling League campaign in which they push City to final day in the title race. 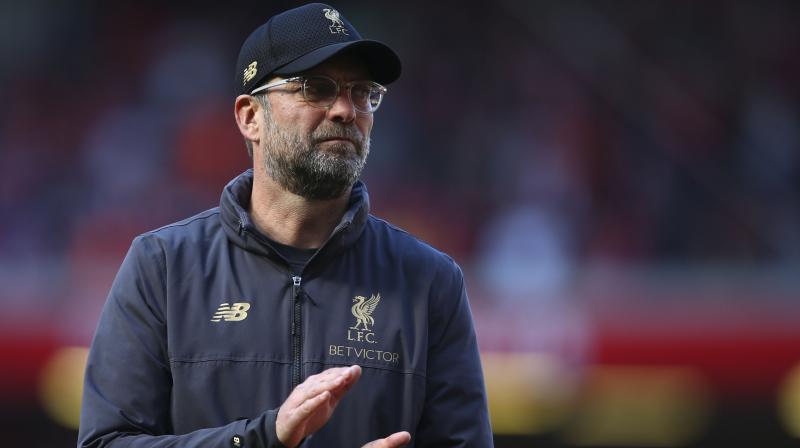 Juergen Klopp says he will fill the three-week gap before the Champions League final against Tottenham Hotspur by putting his Liverpool players through a two-week “pre-season”.

The two Premier League clubs played their final domestic games of the season on Sunday and are in the unusual position of having a long wait for the June 1 clash in Madrid.

Klopp has given his team a few days off to recover from a gruelling Premier League campaign in which they pushed Manchester City to the final day in the title race, eventually losing out by one point.

They will reconvene next week to prepare for the showpiece meeting at Atletico Madrid’s Wanda Metropolitano Stadium.

“We have to do a couple of things in preparation for the Champions League, media stuff,” Klopp told the club’s website.

“We have to do that, then the boys will have a couple of days off and then we have two proper weeks as a pre-season for the Champions League final.

“We will do that, we will play that, (hopefully) win it, come home and then the people get what they deserve.”

Liverpool, who defeated Barcelona to reach their second consecutive Champions League final, are bidding for their sixth European Cup, which would be their first piece of silverware under Klopp.

Tottenham, who produced a superb comeback to beat Ajax Amsterdam in the semi-final and reach their first Champions League final, will hope to use the gap to their advantage with top striker Harry Kane recovering from an ankle injury.

Manager Mauricio Pochettino, also seeking his first silverware after five years at Tottenham, said at the weekend after they clinched a top-four spot with a 2-2 draw at home to Everton that he would not put his players through a pre-season regime.

They were given Monday and Tuesday off before beginning the build-up to the final.

“We have our idea, we have our plan,” he said. “We need to be natural. It is not a pre-season, but it is not going to be a holiday. The most important thing is that we apply common sense, we have the plan and we are going to deliver the plan so the players arrive in the best condition to win the final.”