Juventus have the edge on away goals thanks to Ronaldo's 125th Champions League goal in a 1-1 draw in Amsterdam. 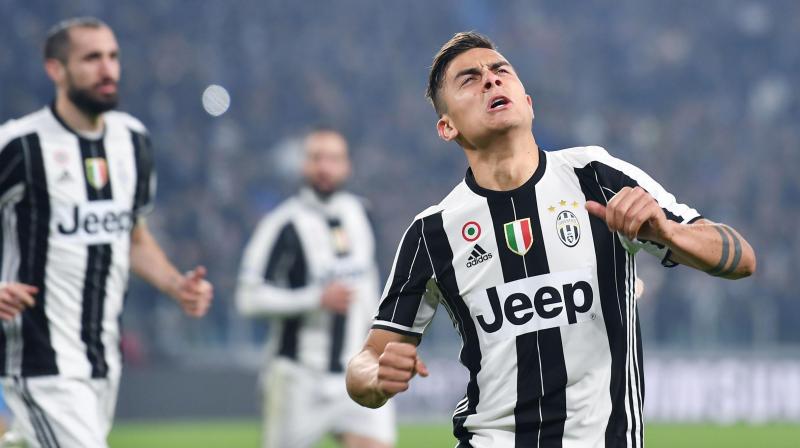 Ajax's David Neres ensured the teams will start on a knife-edge in Turin in a repeat of the 1973 and 1996 finals. (Photo: AP)

Turin: Cristiano Ronaldo will spearhead Juventus' old guard as they look to finish the job on Tuesday against Ajax's impressive young guns in a quarter-final clash between two sides desperate to end years of Champions League heartbreak.

Juventus have the edge on away goals thanks to Ronaldo's 125th Champions League goal in a 1-1 draw in Amsterdam, but Ajax's David Neres ensured the teams will start on a knife-edge in Turin in a repeat of the 1973 and 1996 finals.

Juventus have put their bid to wrap up an eighth consecutive Serie A title on the back burner as they focus on their European ambitions.

Massimiliano Allegri lined out with a young squad against lowly SPAL on Saturday and the champions fell to a 2-1 defeat when a point would have sufficed for another Scudetto.

"The Scudetto will come sooner or later," said Allegri, whose side hold a 17-point lead on second-placed Napoli with six games left.

"If we had put all our starters in, it would have been easier to win it, but there is the goal to obtain on Tuesday."

Juventus have won the Champions League twice, most recently in 1996 when they beat Ajax in the final.

Four-time winners Ajax won their third consecutive title in 1973 at the expense of Juventus, last lifting the trophy in 1995.

Allegri said he was prepared for "a difficult match against a very impressive team". Ronaldo was rested at the weekend along with regulars Leonardo Bonucci, Blaise Matuidi, Alex Sandro, Mario Mandzukic and Miralem Pjanic.

Teenager Moise Kean's fine form continued with the 19-year-old scoring his sixth goal in as many games. Captain Giorgio Chiellini, however, remains a doubt with the 34-year-old defender recovering from a calf injury, with Daniele Rugani a possible replacement.

But Ronaldo remains Juve's key weapon. The 34-year-old was signed for 100 million euros (USD 117 million) last summer, and pocketed an annual 31 million-euro salary to help Juventus win a competition they have finished runners-up in a record seven times, most recently in 2015 and 2017.

Ronaldo has played a leading role in all of his five previous European triumphs, including with the tie-clinching, 97th-minute penalty for Real Madrid against Juventus last season in the quarters.

He has scored five goals this campaign, one against Manchester United and a hat-trick which rescued Juventus in the last 16, second leg against Atletico, before returning from injury to score against Ajax.

Defensive midfielder Daley Blind arrived from Manchester United, and forward Dusan Tadic from Southampton, to provide leadership for a young squad where the average age is 24 years. Ajax's strike-force of 22-year-old Neres, Dusan Tadic and Hakim Ziyech have proven effective this season.

Veteran Klaas-Jan Huntelaar, 35, also hit form with a hat-trick in a 6-2 win over Excelsior in the Dutch league at the weekend. But midfielder Frenkie de Jong, 21, is uncertain to start after going off clutching his hamstring. Neres stole the limelight with his seventh goal in eight games against Juventus in Amsterdam, but Barcelona-bound De Jong was outstanding in midfield.

Both teams produced memorable second-leg comebacks in the round of 16.
Ajax overturned a 2-1 home defeat by Real Madrid to oust the three-time holders with a stunning 4-1 victory at the Santiago Bernabeu to reach their first quarter-final since 2003. Ronaldo's hat-trick rescued Juventus, who lost 2-0 against Atletico Madrid in Spain.

While Juve are looking to reach a third semi-final in five seasons, Ajax have not made it to the last four since 1997. The winners would go through to a semi-final against the winners of the all-English tie between Manchester City and Tottenham Hotspur.