With five league games left, leaders Bayern are just a point ahead of Borussia Dortmund . 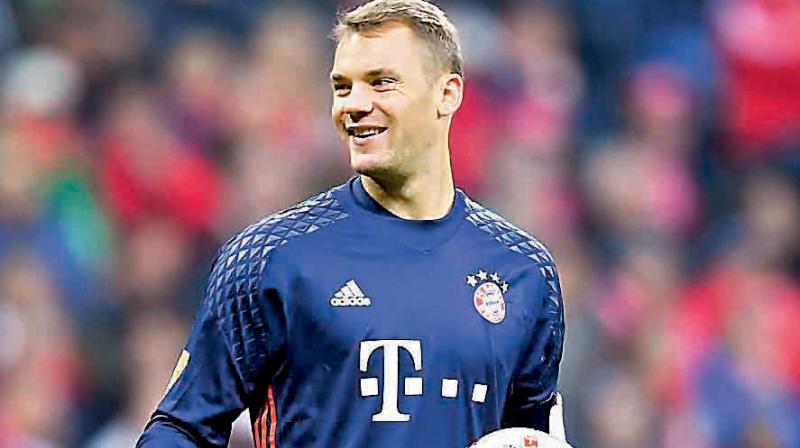 Neuer has faced an ongoing battle with injury in recent years.

Berlin: Bayern Munich have suffered a blow to their league title hopes with club captain and Germany goalkeeper Manuel Neuer out for the next two weeks with a calf injury.

The defending Bundesliga champions confirmed Neuer, 33, will be sidelined for "around 14 days" after going off injured during Sunday's win over Fortuna Duesseldorf.

With five league games left, leaders Bayern are just a point ahead of Borussia Dortmund with the Bavarian giants on course for a seventh straight league title.

The injury-prone Neuer will miss at least their next two league games as reserve keeper Sven Ulreich steps up.

Neuer picked up the injury early in the first half of Bayern's 4-1 win, pulling up after making an apparently innocuous pass. Head coach Niko Kovac has confirmed Neuer has the same calf problem which saw the shot-stopper miss two games earlier this month.

He will definitely miss the league match at home to resurgent Werder Bremen on Saturday, as well as next Wednesday's away German Cup semi-final, also against Bremen, followed by a league match at Nuremberg.

Neuer has faced an ongoing battle with injury in recent years. Two metatarsal fractures kept him sidelined for most of last season, while injuries to his finger and his calf have seen him miss games this term.