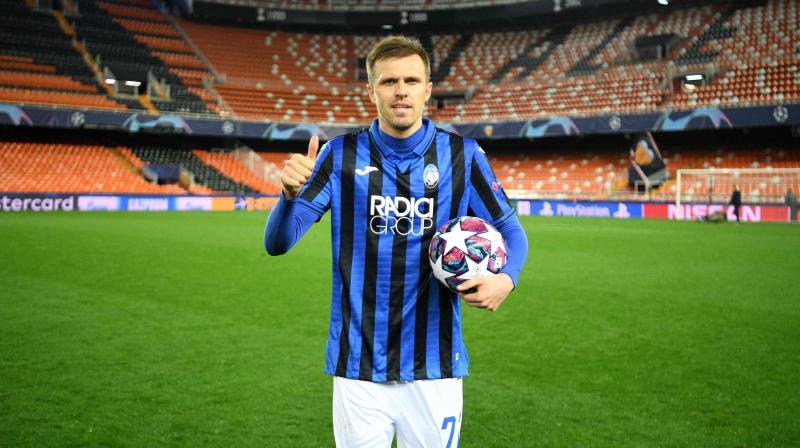 Rome: Atalanta forward Josip Ilicic has donated the ball with which he scored four goals in the Champions League last week to a hospital in Bergamo, at the centre of Italy's coronavirus drama.

Ilicic scored four times in a 4-3 win over Valencia to power the Champions League newcomers into the quarter-finals, a welcome boost back home in the north of Italy.

"We too are by your side, our angels, to win the most important match of all," said Ilicic, who gifted the ball to the Papa Giovanni XXIII Hospital in the city.

Meanwhile to fill the void left by the lack of live football in Italy where sports have been suspended until April 3, Sky Sport will broadcast all of Italy's matches on their way to lifting the 2006 World Cup.