Arsenal have until March 22 to respond to the charge. 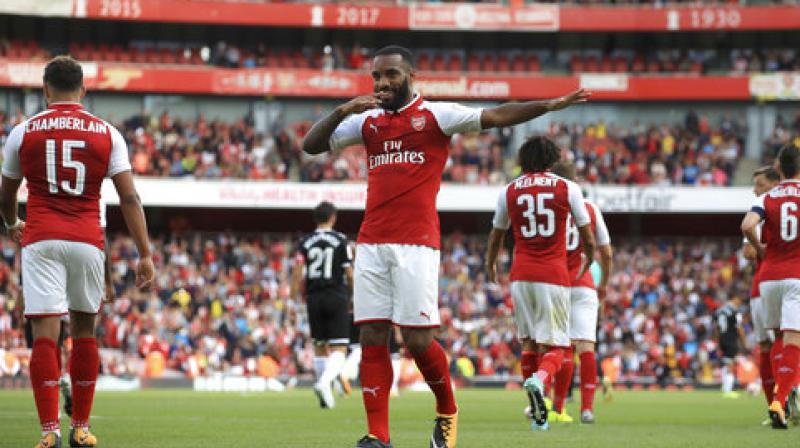 Pitch invasions in England and Scotland over the weekend have raised fears for player safety. (Photo: AP)

Arsenal have been charged by the Football Association (FA) over the pitch invasion that occurred during Sunday’s Premier League game against Manchester United at the Emirates Stadium.

The incident occurred in the 69th minute of Arsenal’s 2-0 victory, when a supporter ran on to the field to celebrate Pierre-Emerick Aubameyang’s goal and shoved United defender Chris Smalling.

He then approached Arsenal’s players with his arms aloft before stewards escorted him off the pitch. The man was later arrested.

“Arsenal FC has been charged with breaches of FA Rule E20(a)and (b),” the FA said in a statement.

“It is alleged the club failed to ensure that its spectator(s) conducted themselves in an orderly fashion and refrained from encroaching onto the pitch during the Premier League fixture against Manchester United on Sunday.”

Arsenal have until March 22 to respond to the charge.

Pitch invasions in England and Scotland over the weekend have raised fears for player safety, with those in the game warning of potential tragedy unless firm action is taken to tackle the problem.

Before the incident at Arsenal, Aston Villa’s Jack Grealish was punched in the face by a man in a Championship (second tier) game at local rivals Birmingham City, while in Scotland, Rangers captain James Tavernier was attacked at Hibernian.