The 26-year-old begun training with the national squad from Monday despite it being a festive occasion. 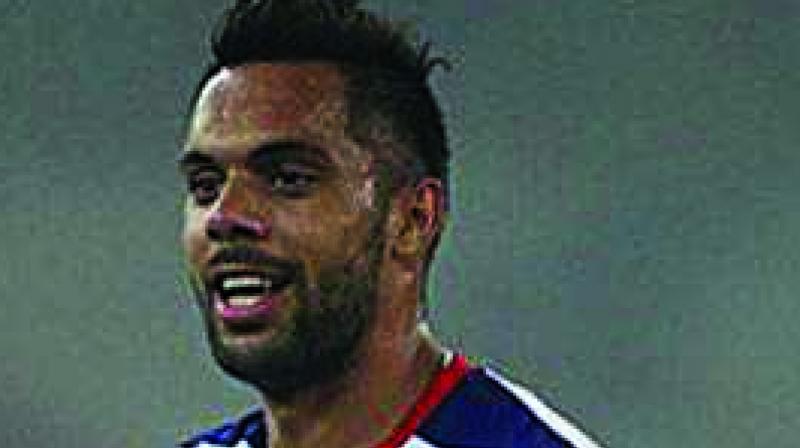 Mumbai: Striker Robin Singh, who once formed a formidable attacking pair along with Sunil Chhetri, is back in India colours after more than a year. The 26-year-old begun training with the national squad from Monday despite it being a festive occasion.

Robin was recently named as striker in the 31 probables named by national coach Stephen Constantine for the crucial tie against Myanmar in the AFC Asian Cup Qualifiers UAE 2019. He spent around seven months out of action to recuperate from a knee injury sustained after scoring twice in India’s 2-0 win over Sri Lanka in the opening match of the SAFF Championship in December 2015.

He made a professional comeback with FC Goa in the Indian Super League last year, before signing back East Bengal for I-League.

“I had a first training session yesterday (with the national team) probably after a year and enjoyed myself. It is a proud moment for me to be back in India colours.

“And on the question that am I back? Hopefully, the coach will give me the nod (for the XI). I work hard every time and love the game as much as I did on the very first day,” Robin said here at the Mumbai Football Arena on Tuesday.

Only 14 players participated in Tuesday’s training session as preferred goalkeeper Gurpreet Singh Sandhu is slated to join the team in Cambodia before the friendly on March 22.

Bengaluru FC and Mohun Bagan players, who were involved in the AFC Cup game on Tuesday, are set to join from Wednesday.

Robin was emotional when reminded about his first professional game after comeback from injury. “When I wore the FC Goa jersey, I felt I am back and wanted to play every game. It was a heavy-hearted moment. I was happy to see myself in strikers list. But it is half job done.

“I want to play against Cambodia and every game that follows, score for my country and make sure we win. I am a regular no. 9 who likes to move around, hold the ball and score,” he added.

India last beat higher-ranked Puerto Rico 4-1 in a friendly here to improve their rankings and have raised expectations. Five strikers including Singh, Chhetri and in-form Jeje Lalpekhlua are in the squad and the lanky striker said they are under no pressure to perform.