The Premier League champions could have faced a transfer ban, but instead, FIFA's Disciplinary Committee fined City 370,000 Swiss Francs. 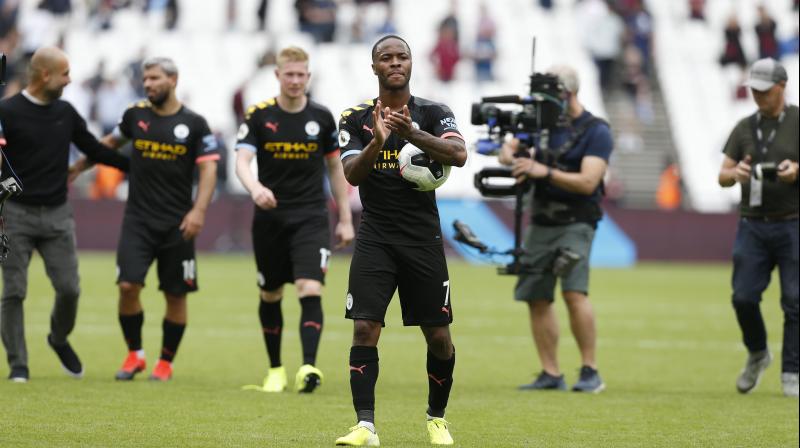 A FIFA statement said that the punishment "took into account the fact that Manchester City FC accepted its responsibility". (Photo: AFP)

Paris: Manchester City have been found guilty by FIFA of breaking the rules on international transfer and registration of players aged under 18, world football's governing body announced on Tuesday.

A FIFA statement said that the punishment "took into account the fact that Manchester City FC accepted its responsibility".

While confirming they were willing to accept the fine, City claimed the problems occurred before FIFA clarified the rules.

The club said in a statement that the fine concerned "the international transfer of players under the age of 18, particularly in relation to their trial periods and participation in friendly games."

Last year, FIFA cleared City of any wrongdoing over their 2016 signing of Benjamin Garre from Velez Sarsfield just after the Argentinian midfielder's 16th birthday.

Also in 2018, two players from the Right to Dream football academy in Ghana, Sierra Leone's George Davies and Ghanaian Dominic Oduro, told Danish newspaper Jyllands-Posten that they signed for City and played in youth matches before they turned 18. Both spent two years at the club.

Davies last played for Riga FC and Oduro now plays for the Tampa Bay Rowdies in the United States.

City are also being investigated by both the Premier League and the Football Association in England and by UEFA, the governing body of European football.

The FA said in February it was looking into allegations that City paid 200,000 pounds (USD 256,000) to winger Jadon Sancho's agent when the player was 14 and still at Watford.

FA rules state that young players cannot be represented by an agent until the year they turn 16.

Sancho later left City for Borussia Dortmund. He is now an England international. UEFA is focusing on another area and investigating whether City has breached Financial Fair Play rules.

City's English rivals Chelsea are currently serving a one-year transfer ban after also being found guilty by the body in February of breaching regulations relating to the recruitment of minors.

Barcelona, Real Madrid and Atletico Madrid have all served recent transfer bans for breaking FIFA rules on the issue.