Madrid had an awful season as they failed to secure any trophy. Keeping their performance in mind, the club had signed Hazard. 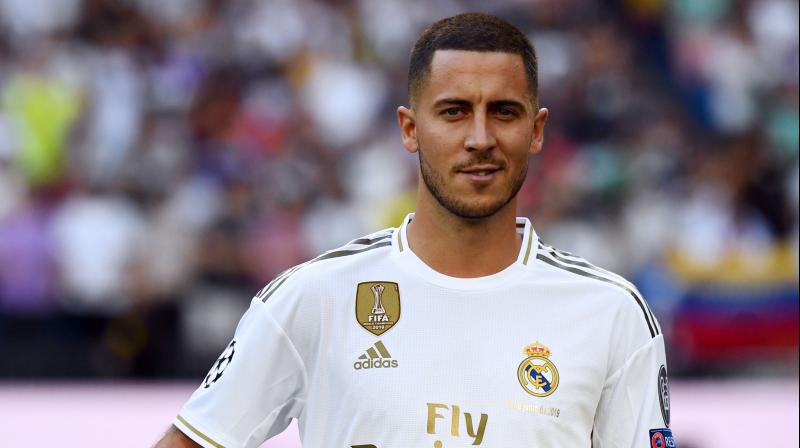 Hazard opined over his career also and said that he is in the best moment of his career. (Photo: AFP)

Leeds: Eden Hazard, who recently joined Real Marid, said that Paris Saint-Germain star Kylian Mbappe and Manchester United's Paul Pogba are two of the best players even as he refused to talk about their transfer to Real Madrid from their respective clubs.

However, the former Chelsea player Hazard refused to shed any light on the rumours of Mbappe and Pogba joining Real Madrid as well for the next season.
"I'm not here to discuss transfers. I came to play with the best. There are new players already and we'll have some time to adapt. It's true that we want to play with the best and the guys you've mentioned are two of those, but I don't decide these things," Goal.com quoted Hazard as saying.

Hazard opined over his career also and said that he is in the best moment of his career.

"I do not think it's too late, I'm 28 years old, I think I'm in the best moment of my career. The dream of playing for Madrid has been there for a long time but in my career, I have always had several stages and now I think it was time to set a before and after in my career," he said.

Real Madrid had an awful season as they failed to secure any trophy to their name. Keeping their performance in mind, the club had signed Hazard.