Liverpool yet again came close to clinching their 19th title since the 2013-14 season. 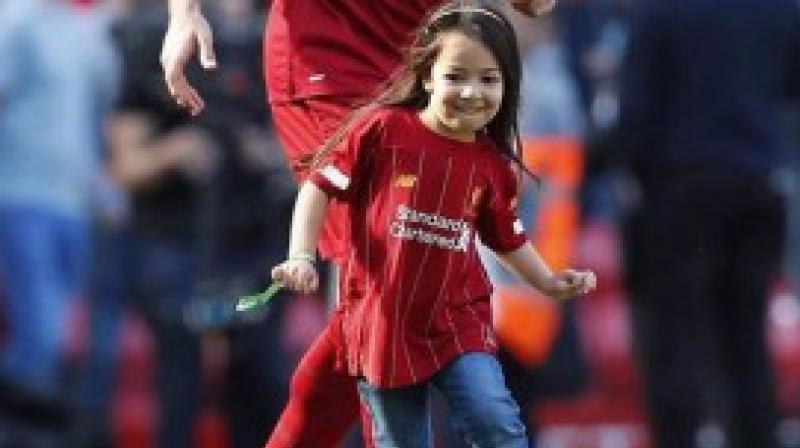 The Reds endured the same fate yet again this season after City ended the season with a higher goal difference. (Photo: MoSalah/Instagram)

Mumbai: Liverpool were just one point lesser than Manchester City, and unfortunately that one point costed them the Premier League. It would have been their 19th Premier League title since 1990.

However, in the end Liverpool yet again came close to clinching their 19th title since the 2013-14 season when they ended two points adrift of the eventual winners, Manchester City.

The Reds endured the same fate yet again this season after City ended the season with a higher goal difference.

No matter the result, the Merseyside still have the chance to change their fortune as they look to conquer the Champions League when they take on Tottenham Hotspur on June 1.

Despite missing on the Premier League, the Liverpool fans had cheered something to cheer about as the Merseyside ended on a high note.

Crux of the news – Liverpool striker, Mohamed Salah rejuvenated the Merseyside fans after his daughter, Makka Salah ran towards the goal post to score a goal. The action occurred right after the post-match presentation ceremony.

this is the cutest shit I’ve seen all year pic.twitter.com/fJaLXNgZll

How can you not adore the father-daughter duo!!!

“Yes, I know we have one at home. This is a new one” pic.twitter.com/9q8L7fSOgB