May restart for Serie A denounced by top Italian doctor 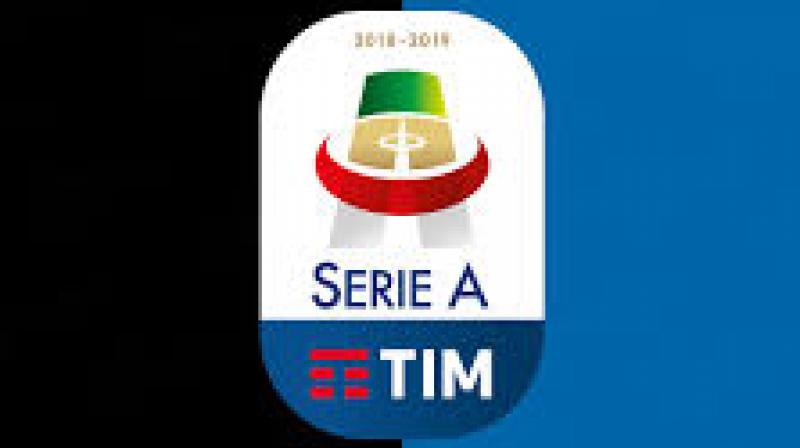 Milan: A leading Italian doctor specialising in infectious diseases said on Monday he would be against Serie A restarting its season next month.

Football across the country, which has recorded more than 20,000 deaths from the coronavirus pandemic, has been postponed since March 9 due to the outbreak.

According to local reports the league could begin again at the end of next month, with players returning to training on May 4.

"If I had to give a technical view, sincerely it would not be a favourable one. That being said, it will be of course for the politicians to decide," said Giovanni Rezza, the head of infectious diseases at Italy's National Institute of Health.

"I've heard certain people propose stricter observations with players tested every few days. But sincerely it seems to me a slightly far-fetched theory. And we're almost in May already.

"It's obvious that politics will decide. But it's a sport that involves contact and that contact could imply a certain risk of transmission."

The Italian Football Federation (FIGC) is set to meet on Wednesday to discuss the medical protocols surrounding players training again, with lockdown measures in the country extended to May 3.

"We'll start, I hope, at the start of May with tests to make sure the players are negative and that training can start," the FIGC's president Gabriele Gravina told Sky Sport on Monday.

Rezza's comments have already caused strong reaction in Italy, with Torino president Urbano Cairo saying it is "senseless" to think about restarting the league before the end of May.

However, Lazio, who are a point behind Serie A leaders Juventus and have made no secret of their desire to finish the season, blasted Rezza, a fan of city rivals Roma who joked he would be happy to see the campaign cancelled.

"It would be much more useful if instead of worrying about this (Lazio winning the league) they found a way to take on this virus," said Lazio spokesman Arturo Diaconale.

"It also really would be desirable that instead of stoking needless footballing arguments, he dedicated all his energy to researching a cure or a vaccine that can stop the contagion."