The 55-year old Italian, who also managed the club, beat cancer in 2018 before announcing last year he was fighting it again 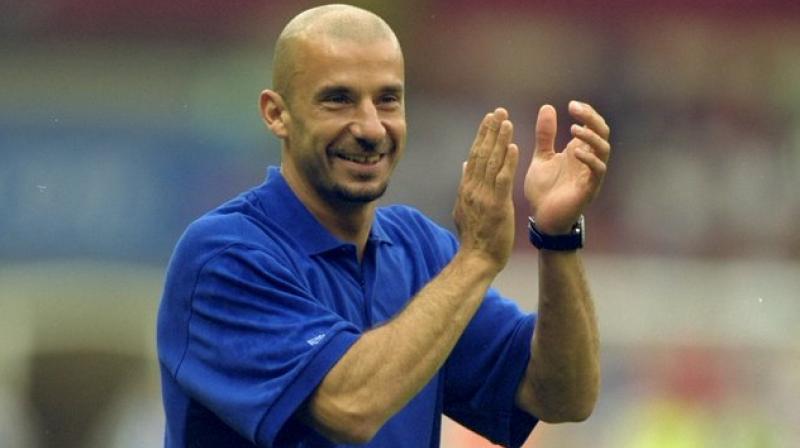 London: Chelsea said on Monday Gianluca Vialli's recovery from cancer was "amazing news" after the former Blues striker revealed he had been given the all-clear from his second battle with the disease.

Vialli, 55, who also managed the Premier League club, beat cancer in 2018 before announcing last year he was fighting it again.

"Gianluca Vialli has been given the all-clear following a 17-month battle with pancreatic cancer. Amazing news," the Premier League club said on Twitter.

The former Italy and Juventus forward announced "tests showed no signs of the disease" in an interview with Italian daily La Repubblica published on Monday.

Vialli said he had finished two cycles of chemotherapy, "one of eight months and another of nine" in December and was "fine".

"I am happy, even if I say it to myself under my breath to be on the safe side," he said.

"Regaining my health means looking at myself in the mirror again, seeing the hair grow and not having to draw my eyebrows on with a pencil. I'm very lucky compared to many other people."

Vialli, who has been working with the Italy national team as a delegation chief, moved to Chelsea in 1996, not long after winning the Champions league with Juventus.

He played for the Blues until 1999, helping them to win the FA Cup in 1997 and being appointed player-manager following the sacking of Ruud Gullit in 1998.

Vialli went on to lead Chelsea to League Cup and European Cup Winners' Cup glory that year, winning the FA Cup again in 2000 before being sacked early the following season. He later went on to manage Watford.

In his playing days he also won Serie A and the Italian Cup with Juve in 1995, but in Italy is most remembered for being part of an exciting forward line alongside Roberto Mancini at Sampdoria, where he won the 1991 league title, the Cup Winners' Cup, and three Italian Cups.