The euphoria around the match has been immense with a mad rush for tickets among all football lovers in the city and suburban areas. 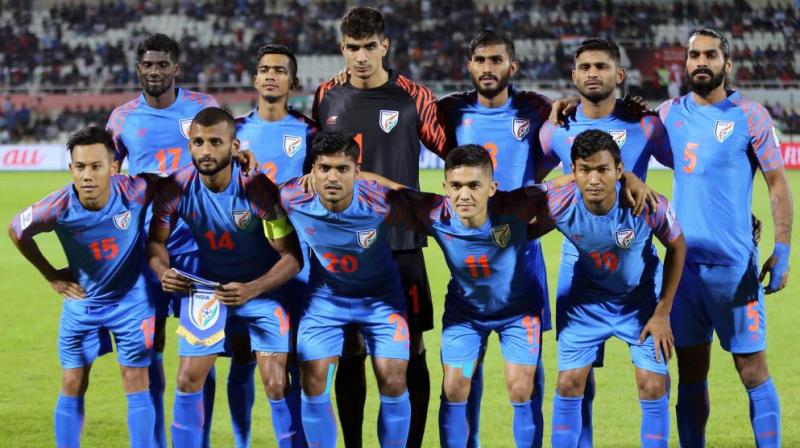 India in their road to qualifying for the FIFA World Cup 2022 are playing a qualifying tournament in which they did not win any game so far. (Photo: AFP)

The euphoria around the match has been immense with a mad rush for tickets among all football lovers in the city and suburban areas, an aspect which the team is well aware of.

"It has been fantastic. The welcome in Kolkata has been just outstanding. Now it's for us to repay everyone. Let's win it together in Kolkata, with Kolkata," All India Football Federation (AIFF) quoted Udanta as saying.

However, local lad Pritam Kotal wasn't much willing to soak in the 'Bengal sentiment'.

"It's India team who sing the National anthem together. It hardly matters who hails from Bengal or who was born in Punjab. We are going to fight it together on the field against Bangladesh to get our first win of the World Cup qualifiers. Hence, it is not just about Bengalis," Kotal said.

Head Coach Igor Stimac stressed on the importance of getting the "combinations right."

"We'll need to work on set-pieces, combinations and choose the best eleven for the game. The entire squad is extremely excited. Thank you Kolkata for your response," Stimac said.

The Blue Tigers headed to Kolkata on the back of a 10-day preparatory camp in Guwahati which Ashique Kuruniyan described as "fruitful."

"It was a productive camp for us. We had some intense sessions and a friendly match which helped us assess our strengths. Now, it's on us to tighten the screws and execute the plans on 15th," Kuruniyan said.

Abdul Sahal, the new kid on the block stated it is a kind of dream come true to be arriving in Kolkata as part of the Indian National team squad.

"Kolkata and Kerala enjoy a long-standing relationship. There have been a lot many great players from Kerala who have plied their trade in Kolkata, and they always speak so highly of the City of Joy. I have heard the roar at the VYBK is divine. We are looking forward to stepping on to the pitch," Sahal said.

India in their road to qualifying for the FIFA World Cup 2022 are playing a qualifying tournament in which they did not win any game so far. In their first game, they lost to Oman 1-2 after that they resist Qatar to a goalless draw.