Wadoo comes with his own philosophy 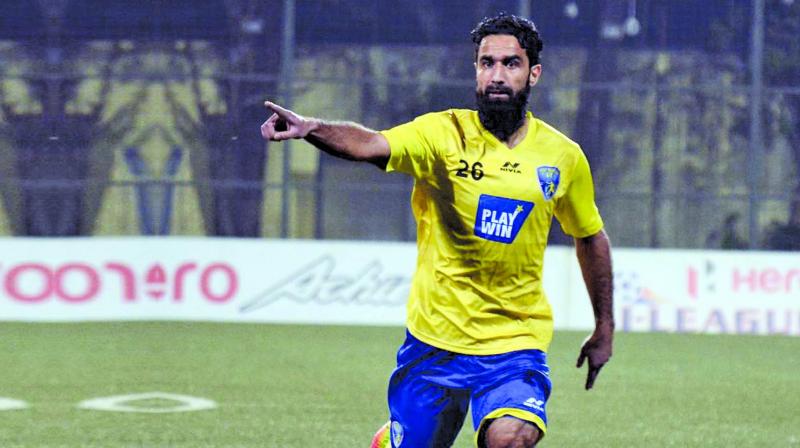 Mehrajuddin Wadoo was playing for Indian Super League (ISL) franchise Mumbai City FC as a defender earlier this year at Mumbai Football Arena. Now after a gap of six months he has returned to its sister city Pune as head coach of FC Pune City Academy U-18 team. The 34-year-old has still not hanged his boots officially but he is relishing the new challenge.

“I wanted to play more for couple of seasons but I knew coaching was my next step. It had to come sooner or later. I was in talks with few ISL clubs to play but I wanted to complete AFC License A Course second and final module in Mumbai this month. I had done first module in July and didn’t want to keep it incomplete,” he said on Friday.

Wadoo had represented FC Pune City during the 2014 ISL season and it was an easy decision for him.

“Having played for FC Pune City before I knew the management and their passion for the game. I have fond memories of the city and it is like my second home. When the offer to coach FC Pune City junior team came my way, I grabbed it. It is a great opportunity to gain experience in one season,” said the Srinagar-based former International player who won 32 caps for India.

He scored the winning goal against Bangladesh in the SAFF Cup final at Karachi in December 2005. He was a part of the Indian team that won Nehru Cup 2007, the AFC Challenge Cup 2008 and the Nehru Cup in 2009.

Wadoo turned to coaching last year, having launched the State Football Academy (SFA) in Jammu and Kashmir. He has been involved with many young players there. “I was the head coach of SFA and had the opportunity to work with many young boys. There was raw talent. I have had already 10 sessions with U-18 guys here and in addition to being talented they have strong basics. I am enjoying working with them and looking forward to good results in the Junior I-League,” he said.

“I have my own philosophy. Emphasis will be on developing players, accepting their quality and plan accordingly. During matches it will be mix of Tiki-Taka and direct football. If the situation demands we will hold the ball and at times play direct football,” he signs off.