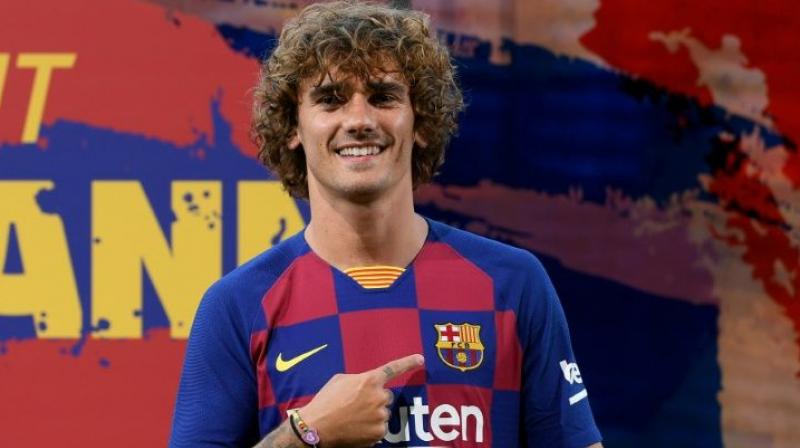 Eight league titles in 11 years and four Copa del Reys in five has done little to eradicate the pain of repeated failures in the Champions League. (Photo: AFP)

Madrid: Barcelona may want to make up for the biggest collapse in Europe by signing the most expensive player in the world but a team that was by far the best in Spain is already significantly better.

After finishing 11 points clear of Atletico Madrid last season, Barca signed Atleti's most dangerous player in Antoine Griezmann while Frenkie de Jong helped Ajax destroy Real Madrid in the Champions League and now he is in Catalunya too.

The question of whether Neymar follows will consume the rest of the transfer window but an attacking roster of Lionel Messi, Luis Suarez, Griezmann, Ousmane Dembele and Philippe Coutinho hardly points to a need for a 222 million-euro striker.

"I'm happy with the players I have," said coach Ernesto Valverde on Friday.

"Last year we almost had a perfect season." Even Griezmann, at 120 million euros, almost felt like an extravagance, an opportunity too good to turn down rather than a need to improve on 90 goals in 38 league games last term.

But the downward trajectory of Brazil's Coutinho, whose status has shrivelled further following the club's attempts to sell him this summer, means Griezmann already fits better now than perhaps he did in July.

So does an injury to Messi, who is likely to miss Friday's curtain-raiser away to Athletic Bilbao with a minor tear in his calf, giving Griezmann the chance to bed in with Suarez and Dembele, and without the pressure of performing with his captain.

Griezmann will add depth but also goals and assists, presumably more at Barcelona than Atletico, where defensive demands were greater and chances to score less frequent.

De Jong may need more time to adjust, even if many view the 22-year-old as a ready-made alternative to Sergio Busquets at the base of the Barca midfield.

Too often Busquets was exposed last season, his lack of both speed and protection allowing opponents freedom on the break. De Jong, with Ivan Rakitic, Arthur Melo or the emerging Carles Alena, should bring more control, as well as creativity.

Meanwhile, Junior Firpo, bought from Real Betis, will jostle with Jordi Alba at left-back while Neto coming in from Valencia relieves Jasper Cillessen from the role of the frustrated back-up goalkeeper, after he went the other way.

Otherwise the key figures remain, not least Valverde, whose position as coach looked under threat when the collapse to Liverpool in the Champions League was followed by a shock defeat to Valencia in the final of the Copa del Rey.

The Griezmann deal was completed, vice-president Jordi Mestre resigned and Patrick Kluivert replaced Pep Segura, the club's sporting manager seen by many as responsible for a drift away in recent years from an emphasis on the club's academy.

Anfield perhaps lingers too over the move for Neymar, the blockbuster Brazilian that Barcelona no longer need but might accept if it gives them a greater chance of finally winning in Europe.

Eight league titles in 11 years and four Copa del Reys in five has done little to eradicate the pain of repeated failures in the Champions League.

When Messi pledged to the fans this time last year to bring "that beautiful cup" back to Camp Nou, it hung over the club all season, as a statement of intent but also an indicator of priorities.

"The truth is it's very difficult to say something today after last season no? But I don't regret anything," Messi said in a speech to the supporters last week.

"Eight titles in 11 years, for any club would be an amazing thing and for this one as well, it's very important what we did.

"Perhaps it doesn't get the credit it deserves and in a few years we will realise how difficult it was to do it.

"But everyone knows this club always fights for everything. This year won't be any different."

Success will again hinge on the Champions League. Again, it is a high bar to set.