Ronaldinho to visit Mumbai on Friday

Futsal is a variation of football played indoors with fewer players. The former FIFA Ballon d’Or winner will reveal his future with Premier Futsal. 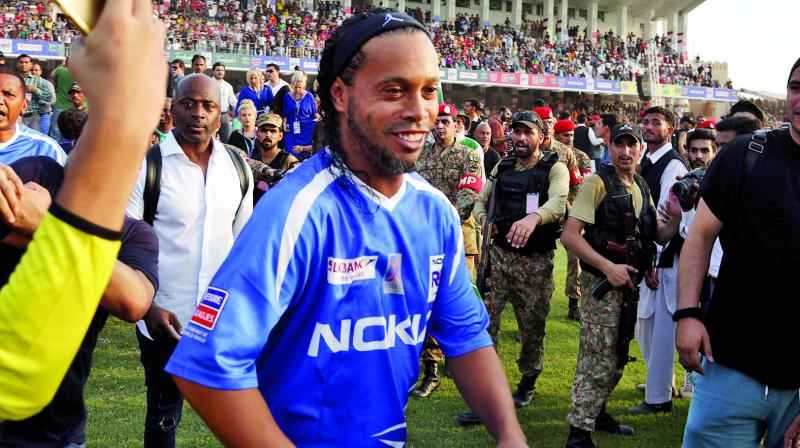 Former Brazilian football superstar, Ronaldinho is coming to Mumbai for a Premier Futsal event on Friday. Futsal is a variation of football played indoors with fewer players. The former FIFA Ballon d’Or winner will reveal his future with Premier Futsal. He was recently in Pakistan along with other six former top footballers like Ryan Giggs to play exhibition matches in Lahore and Karachi.

Ronaldinho was forced to quit Premier Futsal last year after just two matches. He returned to his homeland as brand ambassador for the Paralympic Games in Rio de Janeiro after scoring five goals on his debut for the Goa franchise against Paul Scholes’s Bangalore 5’s.

“My association with Premier Futsal has been a fruitful one. It was a great experience to be in India and play in front of local crowds last year and I look forward to another warm welcome from this sports-loving country,” Ronaldinho stated.