The 24-year-old joined Mumbai City FC for the 2016 season of the Indian Super League. 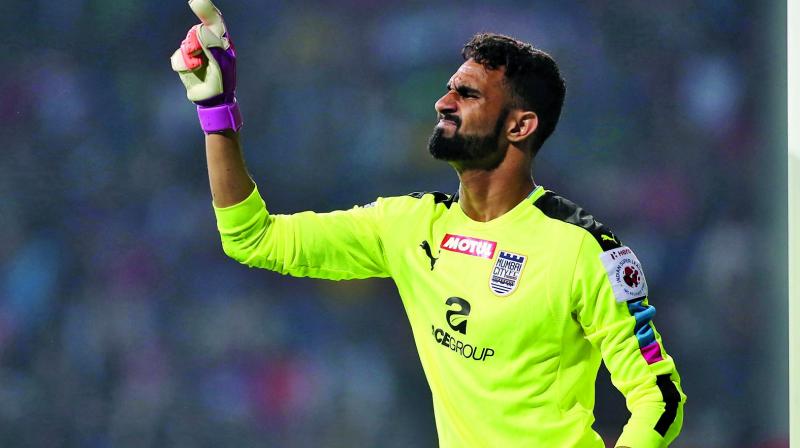 Amrinder Singh has established his spot as one of the top goalkeepers of the country.

Amrinder Singh has signed a new three-year deal with Mumbai City FC, committing his future with the Islanders until May 2021. Amrinder has consistently been a standout performer for Mumbai City FC and has established his spot as one of the top goalkeepers of the country.

The 24-year-old joined Mumbai City FC for the 2016 season of the Indian Super League, initially on loan from Bengaluru FC. After joining in the second half of the season, Amrinder featured for Alexandre Guimaraes’ side six times, conceding just thrice and winning the Golden Glove award in the process.

Unsurprisingly, the move was made permanent as Amrinder was the first player to be retained by the Islanders ahead of the 2017-18 season and subsequently, made a total of 16 league appearances.

The Mahilpur-born goalkeeper said, “The last season and a half that I've spent here in Mumbai has been extremely fruitful for me on both, a personal and a professional front. So when an opportunity presented itself to extend my stay here at this wonderful club, I didn't have to think twice.

“I believe that the set-up we have here at Mumbai City FC is top-notch and that we’re in the right direction. And moreover, the management, the staff and the fans have been extremely supportive and wonderful. I can’t wait to get back on the pitch and win games with them and for them!,” he added.

Club CEO Indranil Das Blah said, “We are delighted to have retained Amrinder for the next three years. We believe he is the best goalkeeper in the country and has proved his worth over the last two seasons. He is hard-working, dependable and professional and the club is lucky to have secured his services for the next few years”