USA crash against T and T, out of fray

Honduras then snatched fourth place in the table with a 3-2 win over Mexico, who had already qualified. 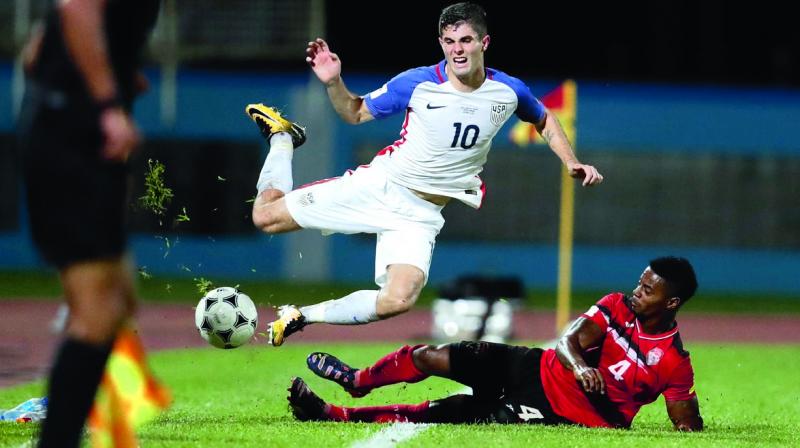 Christian Pulisic (top) of the US reacts after being fouled by Kevon Villaroel of Trinidad and Tobago. (Photo: AP)

In a result that will be viewed as a catastrophe for football in the United States, Trinidad took all three points via an Omar Gonzalez own goal and a superb strike from Alvin Jones.

US star Christian Pulisic pulled a goal back in the second half, but the increasingly desperate Americans were unable to find another to rescue their hopes.

Their exit was confirmed by results in Tuesday’s other CONCACAF qualifiers, where Panama booked their place at the World Cup for the first time with a 2-1 win over Costa Rica in Panama City. Honduras then snatched fourth place in the table with a 3-2 win over Mexico, who had already qualified.