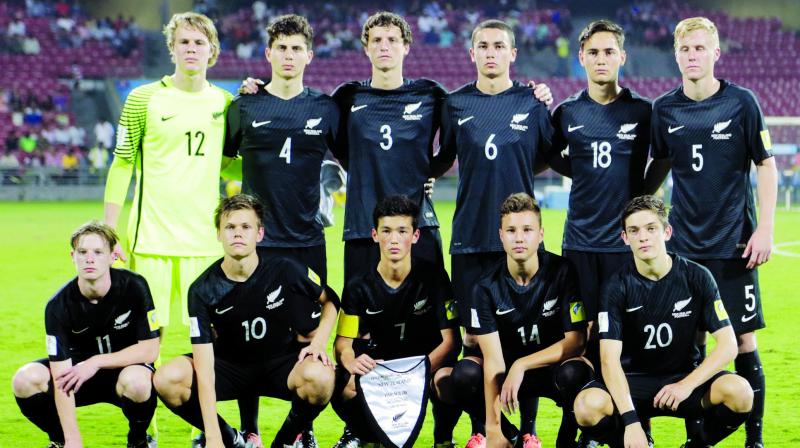 Adding to the low attendance was the marketing, which was not seen throughout the year until the last few weeks in the run up to the World Cup.

The much-hyped FIFA Under-17 World Cup that started from October 6 has failed to see the response that was expected in Mumbai as most of the stands of the DY Patil Stadium went empty. The explanation from the Local Organising Committee (LOC) for the same, spelt out in a letter, is that there were bucket seats installed in each stadium and seats were not utilised to ensure spectator safety.

The first matchday experienced a thunderstorm before the match, which could have been a factor holding the ticket holders back. But on the day of play where the weather was just fine, there was a lesser turnout. School children and a handful of fans filled the stands in the first game where Mali played Turkey.

Adding to the low attendance was the marketing, which was not seen throughout the year until the last few weeks in the run up to the World Cup. A source from the LOC revealed that that complimentary passes were not given on time to a few people.

“Any person sitting in the stadium should be able to reach a safe space in eight minutes, which means some tiers weren’t accessible. After bucket seats were installed at all venues it was understood that the maximum available seats were reduced,” the letter from the LOC said.

“The seats that were made available for the tournament are the ones, which adhere to the security recommendations,” the letter further said.

Western India Football Association (WIFA), CEO, Henry Menezes who is also a part of the FIFA LOC, blames mentality of Indian fans when it comes to football. “We don’t come out and watch football until it is free of cost or we get complimentary passes. I think another reason was the rains. No one wants to risk it when it comes to showers and thunders in Mumbai,” says Menezes. However, he said he somewhat happy with the turnout, calling it better than those enjoyed by previous editions of the U-17 World Cups.

“From our end (MDFA), we tried our best with billboards around the city and giving our grounds of Mumbai Football Arena and Cooperage to promote the competition and engage more crowds. That’s the most we could do with whatever resources that we had,” he adds.

More questions arise after the website showed that tickets were sold out but the stadiums were empty. Addressing this, the letter said, “There are contractual obligations with the Hosting Association, all the participating teams, all the 13 commercial partners of the tournament, the host broadcaster, the signatories of host city, stadium and training site agreements and other stakeholders with which there are contracts with regards to the tournament, to provide tickets. All the tickets that have been put up for sale are the maximum number of tickets that can be sold at each venue discounting these obligations.”

Despite this, the New Zealand team coach, Danny Hay said he was leaving the city with a heavy heart. “The people here were amazing, the city is great, we wish all our matches were here. I hear New Delhi is even busier than Mumbai, which is quite hard to believe,” quipped the gaffer. The Kiwis arrived here on September 22 and left for New Delhi after their game against Paraguay.