Kick off in Thane

The footballers of thane district can now hope for regular activities after Wifa stepped in to form an ad hoc committee. 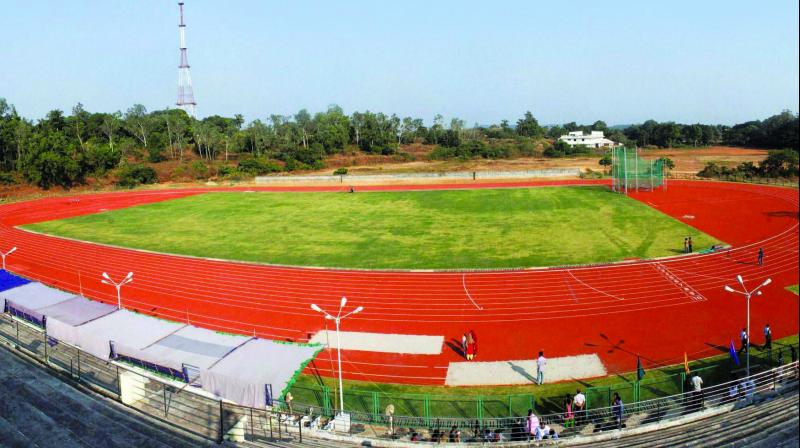 Image of stadium for representational purpose.

This fullfills the long pending demand from Thane football fans, who had to get affiliated with Mumbai District Football Association due to their defunct association. Although, there were some private tournaments happening, none were conducted  under the official banner.

To play outside, Thanekars had to own commercial or charitable organisations in Mumbai to get registered as a club. Now the ad hoc committee is chaired by Pyarelal Chaudhary and convened by Sunil Poojary.  A formal body will be elected later. The Thane district will be divided into four zones, Kalyan, Navi Mumbai, Thane and Mira-Bhayander centres. It will cover areas till Badlapur, Naigao etc.

Earlier the district footballers had to suffer due to the  rivalry between opposite camps who claimed to lead the district association causing legalities. Now Wifa has stepped in to take charge and they want to make a fresh start in one of the largest districts in India in terms of population. “Football has suffered for almost 15 years due to the  fight between two associations who haven't been able to conduct things in an organised manner. Now let them fight their battle in court, we will try to set things in order for the sake of footballers here. We will help ad hoc committee till official elections will happen. We will put train back on track till football is run smoothly here,” said Wifa Honorary Secretary, Souter Vaz who is also part of adhoc committee in Thane.

“It will good for all the players in the district. Earlier my son Eashan Sartape (12) had to travel regularly to Mumbai for tournaments and trials. Even though he has signed a contract with Football Schools of India and will play in MDFA and junior I League matches but still it will benefit many of his fellow footballers in the area,” said Ajay Sartape a web designer who along with her wife had made a habit to commute hours in heavy traffic to Mumbai despite their busy jobs. Eashan has found a direction after hard work but it will now be easy for other Thane district players who had to travel all the way from Ambernath,Kalyan, Bhiwandi, Dombivali and Thane to play in Cooperage or Andheri and even Pune. The district has enough grounds to conduct local league matches and even try to bring national football to the Mumbai's sister district, according to Wifa and they may struggle in Mira-Bahayander only. “Will conduct Mira centre matches in Thane initially,”  Vaz added.

Besides senior leagues, youth leagues, football festivals and Baby Leagues will also be organised and also officials will be trained.