Despite FIFA ticket boast, most World Cup games not sold out

The group games involving the defending champion United States are listed by FIFA as sold out, starting Tuesday against Thailand in Reims. 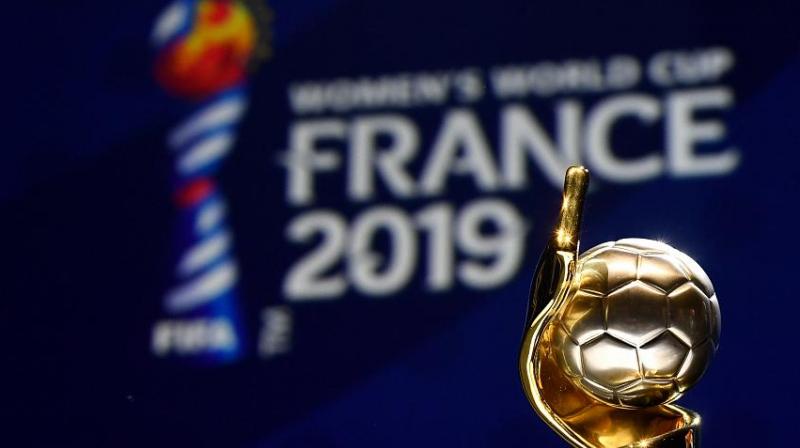 Some fans stopped looking for tickets after FIFA hinted that they were hard to come by. (Photo: AFP)

The sport's governing body gave the impression that tickets for the tournament in France were hard to come by when it boasted to the public a month ago: "You can still buy tickets for a few matches."

But with the opening weekend taking place against the backdrop of many empty seats, FIFA came clean on Tuesday after providing misleading information.

FIFA President Gianni Infantino said in Paris last week that 20 of the 52 matches had been sold out. FIFA revised that number to 14 on Tuesday, meaning 70% of games will not be at capacity as it stands.

Of the nine games in the opening four days of the tournament, the only capacity crowds were at host France's victory over South Korea in Paris on Friday and at Brazil's win over Jamaica in Grenoble.

While providing details of ticket sales to The Associated Press, FIFA did not respond to questions about why it implied on Twitter on May 7 that there was little availability nor why Infantino inflated ticket sales.

Some fans stopped looking for tickets after FIFA hinted that they were hard to come by.

When neighbours England and Scotland played in Nice on Sunday, almost two-thirds of the stadium in Nice was empty. FIFA had said 16,000 tickets were sold, but the attendance given during England's 2-1 win was 13,188. The British derby did attract a record domestic audience for women's soccer, with a peak of more than six million viewers.

"I was impressed and excited about seeing the announcement that the majority of games had sold out," England supporter Sean Cottrell said. "I was also disappointed as I was planning to take my family to see a few of the games.

"But we changed our plans when we saw that we unlikely would be able to get tickets. It was probably something lost in translation in the communications and now I regret not double-checking."

The choice of stadiums isn't always helpful for fans, either, even for those a short distance away.

England's next game against Argentina is in the northwestern city of Le Havre, which has no scheduled flights to anywhere in the world. Fans face a journey of about three hours from Paris by road or rail. There are ferries from Portsmouth in southern England to Le Havre, and they take about five hours.

"If the fans don't come out, they are missing out," said Nikita Parris, who scored England's opening goal against Scotland on Sunday. "It's going to be a special World Cup."

FIFA pointed to a "competitive pricing policy" with a 25 euro ($28) package allowing fans to go to three matches.

France's three games in the group stage have no tickets left, with the final ones for the second game against Norway in Nice on Wednesday snapped up after the host's impressive 4-0 victory over South Korea.

"Some people were waiting to see what France could do in the opening match," France coach Corinne Diacre said Tuesday. "We did what was expected of us. We now have six more steps to come."

The semifinals and final in Lyon in early July are already sure to be full, according to FIFA.

FIFA said last week it had "allocated" the majority of tickets - 460,748 - to French people. After that, more tickets have been allocated to Americans - 130,905 - than the rest of the world combined. Britons rank third with 29,307 tickets, up a third from figures provided to the AP in April.

The group games involving the defending champion United States are listed by FIFA as sold out, starting Tuesday against Thailand in Reims.

"It's been quite incredible to be a part of this World Cup," U.S. forward Alex Morgan said, "because every single World Cup I think has had some sort of progression in the amount of eyes on this tournament, the amount of support of the host country, the amount of stadiums and the fact that every single game is an individual game and that it's not a doubleheader."