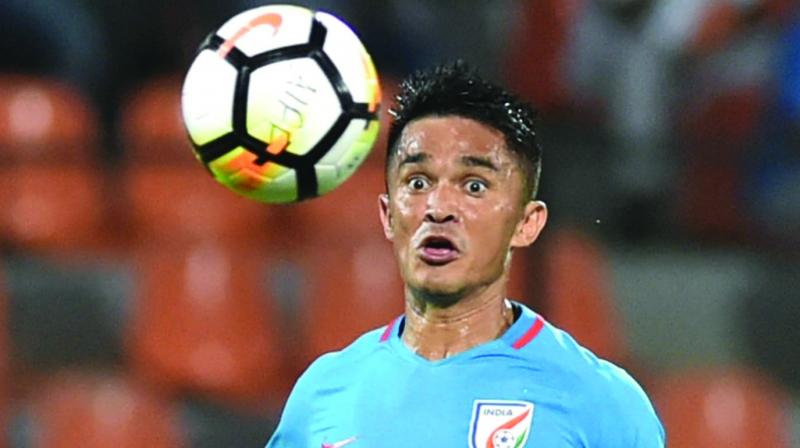 BENGALURU: Bengaluru FC broke their goal drought in style with a dominant performance as they beat Chennaiyin FC 3-0 at the Sree Kanteerava Stadium on Sunday. Chennaiyin’s woes continue as they remain winless without scoring a goal.

The Blues lined up with Sunil Chhetri playing as a lone striker with Raphael Augusto playing in an advanced position behind Chhetri with the visitors lining up in a 4-4-2 position.

It was the home side that dominated from the start with Bengaluru enjoying most of the possession and Chennayin failing to get a foothold into the game. Bengaluru’s mid-field moved the ball into the attacking spaces early on creating chances.

Bengaluru broke the deadlock as Paaratalu headed home Demas Delgado’s cross in the fourteenth minute as the Blues upped the ante creating chance after chance. Sunil Chhetri did not need any second invitation as he dispatched Augusto’s through ball in the 25th minute to double Bengaluru’s lead.

The Blues went into half time 2-0 up without conceding a chance to the visitors as Chennaiyin’s first chance came in the 23rd minute from a throw-in.

The visitors came close to breaking their goal duck early in the second half when Edwin Henry’s thundering shot fizzed off the goal post and the resulting corner from Dhanapal Ganesh parried away by Gurpreet Sandhu.

Bengaluru put the game to rest when substitute Thonghosiem Haokip rolled the ball into the net in the 84th minute after Vishal Kaih’s horrible defensive mix up.