Messi is currently suffering from a calf strain and due to this he even missed Barcelona's trip to the United States. 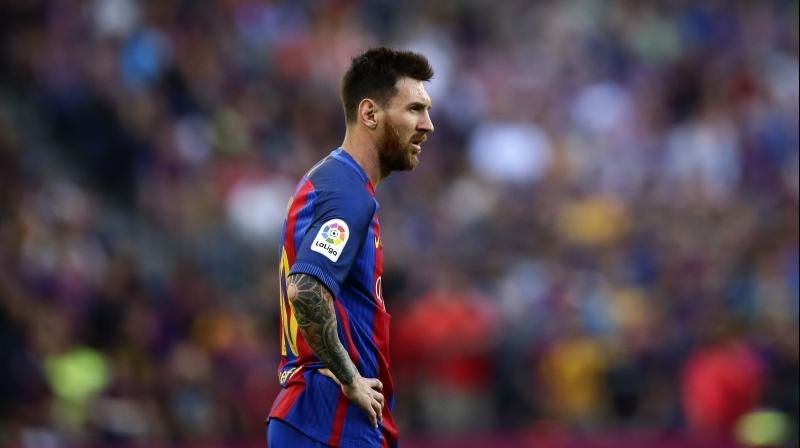 Barcelona coach Ernesto Valverde revealed that it is unlikely that Lionel Messi will feature in the club's La Liga opener. (Photo: AP)

Leeds: Barcelona coach Ernesto Valverde revealed that it is unlikely that Lionel Messi will feature in the club's La Liga opener which will be played against Athletic Bilbao.

Messi is currently suffering from a calf strain and due to this he even missed Barcelona's trip to the United States.

"He's in the recovery process and I don't know if he will be ready for the start of La Liga. It's looking difficult," Goal.com quoted Valverde as saying.

Barcelona registered a massive 4-0 win over Napoli on Sunday in a club-friendly match. Antoine Griezmann scored his first goal for the club and Luiz Suarez scored two goals in the match. Ousmane Dembele also netted a goal in the match.

"Goalscorers are always boosted by the chances they get, by goals... it's good for them to have a good relationship with the goal," he said.

"He had clear chances to score earlier, too. I am happy that all the forwards scored, including him (Griezmann), above all because he gives us a lot in attack with his movement. It's positive to see how he's playing," Valverde added.

Barcelona will play against Athletic Bilbao on August 17.