Blatter, however, still faces a second criminal investigation over the controversial payment of two million Swiss francs to Michel Platini 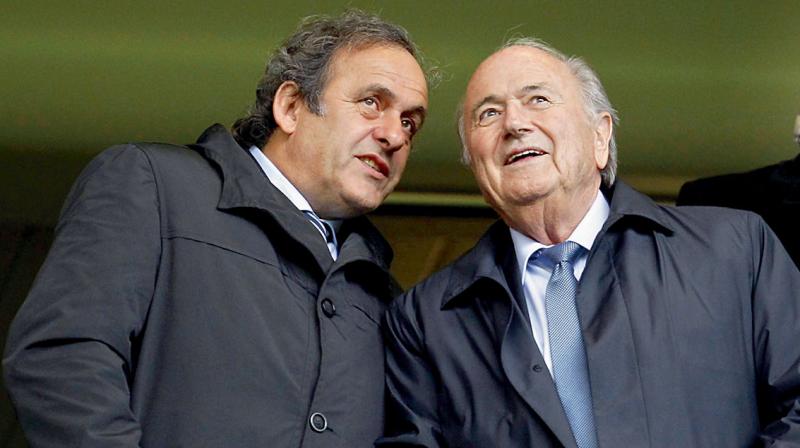 According to French newspaper Le Monde and German daily Suddeutsche Zeitung, the disgraced 84-year old will not be prosecuted over a charge relating to TV rights sold to the Caribbean Football Union (CFU).

That was one of two criminal cases opened against Blatter in 2015 for "suspicion of unfair management and breach of trust".

Blatter told AFP on Friday that he had "not personally received the document of the MPC. I will ask my lawyer to forward it to me. It relates to the contract over TV rights."

Swiss prosecutors suspected Blatter of having signed a "contract unfavourable to FIFA" with the CFU, then under the control of Jack Warner, who was banned from football for life and indicted for corruption by American justice officials.

Blatter, however, still faces a second criminal investigation over the controversial payment of two million Swiss francs (1.89 million euros) to Michel Platini, the former president of UEFA, in February 2011.

"Once the case concerning the payment of 2 million Swiss francs to Platini is also closed, I will ask FIFA for my rehabilitation.

".... because my suspension by the FIFA ethics committee was made on the basis of accusations by the Swiss justice," Blatter, who was ousted from office in 2015 and is serving a six-year ban from FIFA activities, told AFP.

Platini was banned from football for four years by FIFA, where he was then vice-president, in 2015.