‘Islanders’ dream is over’ 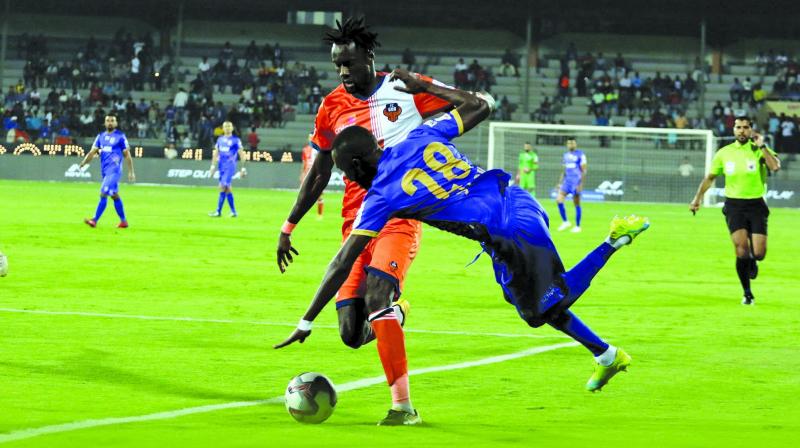 The Portuguese gaffer doesn’t believe in miracles and wishes Goa best of luck for the final.

Mumbai City FC might still have 90 minutes of play left in the Indian Super League fifth edition to salvage their campaign. They need nothing short of miracle in the second-leg semi-final on Tuesday to overturn the 5-1 loss to FC Goa at Mumbai Football Arena on Saturday night. But coach Jorge Costa conceded defeat, reasoning he doesn’t believe in miracles.

The Islanders who have defended well with other teams in the league have crumbled against aggressive FC Goa for the third time this season. They have conceded 12 goals in three matches so far, starting with 5-0 loss in Goa in their first league tie. Looking at Goa’s dominance, Costa already wished them best of luck for the final.

“I’m proud of what we did all season. We took the risk to get a good result to get to the final. We came against a very good team and the guys played well but when you make mistakes not much can be done. Good luck for Goa for the final,” Costa added.

The Portuguese gaffer had his strategy in place to stop Goan forwards and they had a good start after Brazilian striker Rafael Bastos scored Islanders first goal against Goa this season. The home team had visitors under the pump in the first 20 minutes before getting lead. But Goa equalised with moment of brilliance from Ferran Corominas and Jackichand Singh scored after goalkeeper Amrinder Singh blocked Coro’s shot.

Two goals on corner kicks on either side of the half scored by Goan defender Serigne Mourtada undid the home side and they were left to do the chasing in the second half.

Costa, who is staying the team head coach for the next season as well, defended his tactics.

“Even after the result if you tell me to play right now, I will field the same XI and play with the same tactics. It’s too easy after the game but the difficult part is to make the calls before. We want to make a better team for next season and we will be there to fight again for more than what we got this season,” he said.

However, despite Costa conceding defeat FC Goa coach Sergio Lobera isn’t already thinking about the final slated at Mumbai Football Arena on March 17. Instead, he is focused on the second leg semi-final in Goa on Tuesday.

“We have to be humble and not become overconfident and we have to approach the second game with the same excitement and the same way we did for today,” Lobera said.