ISL 4: Goa up against JFC defence

Goa have scored the most goals in the tournament so far (20 in eight matches) and are fifth in the standings with 13 points. 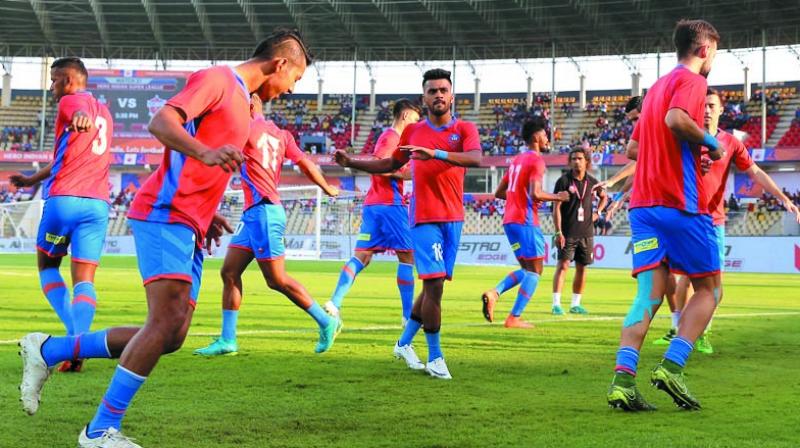 FC Goa players at a training session in Margao on Wednesday.

New Delhi: Offence-oriented FC Goa have a tough battle on hand when they host a defensive-minded Jamshedpur FC in an Indian Super League match in Margao on Thursday.

Goa have scored the most goals in the tournament so far (20 in eight matches) and are fifth in the standings with 13 points.

Jamshedpur, boasting the competition’s tightest defence (four conceded in eight games), are a rung below with 10 points.

JFC head coach Steve Coppell said it would be a clash between Goa’s offence and his team’s defence.

“Sounds like a good contest — test of our defence against what has been the most fluid attacking unit until now. They score goals freely as they’ve shown against a number of sides and it is a challenge to do our best to stop them and hurt them. We’ve certainly not come (here) to only keep them out — but also try to expose any weaknesses they might have at the back,” he said on Wednesday.

Coppell said despite scoring only four goals so far their desire was to play more attractive football.

Kerala Blasters striker Iain Hume scored a fine hat-trick in a 3-1 win over Delhi Dynamos in New Delhi on Wednesday to condemn the hosts to their seventh loss in the Indian Super League.

The win takes Kerala to sixth with 11 points in nine matches. Delhi are last with four points from as many games.