ATK have suffered three defeats from six matches this season, all of them at home. 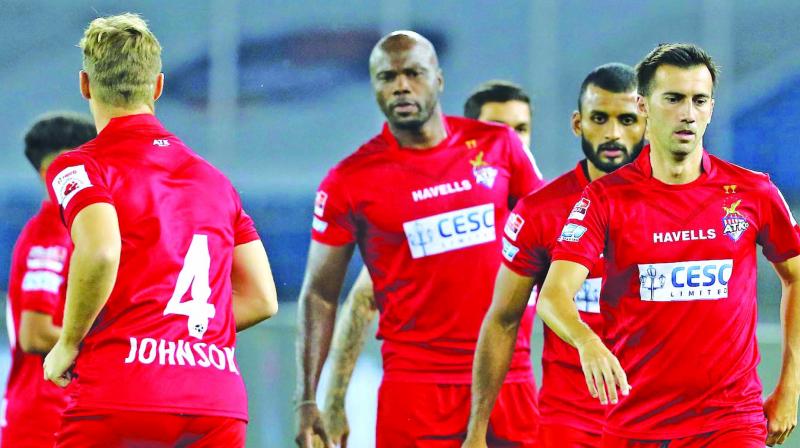 Kolkata: Former champions ATK would look to end their barren run at home when they take on a struggling FC Pune City in an Indian Super League football match, here on Saturday.

ATK have suffered three defeats from six matches this season, all of them at home.

The two-time former champions will hope their forward Kalu Uche is fit to start the game. The Nigerian had sustained a muscle injury during the team’s 1-2 loss to Bengaluru FC in their previous outing.

Uche had to be stretchered off in the first-half and the team not having a proper replacement was termed as “an issue” by coach Steve Coppell .

Their star-studded attack force which consists of Uche, Manuel Lanzarote, and Balwant Singh is yet to fire on all cylinders.

Coppell will be hoping Under-17 World Cupper Komal Thatal steps up again. The youngster had impressed in the previous game when he broke through the high profile Bengaluru FC defence to give ATK the lead.

“He’s got energy and he’s got legs. He’s very skilful on the ball. He likes having possession. His level of commitment and skill have been very noticeable. We have been trying to encourage him. His finish was excellent,” Coppell had said of Thatal.